First of all, I just have to say: I don’t give an alien robotic fuck about the Michael Bay Transformers franchise. But hey, did you hear that there’s a new Transformers movie coming out? What a great opportunity to pay homage to the cartoon, movie and toys of the 80s!

I’m not even a mega-Transformers fan. I was a child of the late 80’s/early 90’s … a female child. I had all of the Barbies, My Little Ponies, Care Bears … what I didn’t have a whole lot of were Transformer toys. My brother had them. I’d seen the cartoon here and there. It wasn’t until I was an adult that I became a lot closer to the bots and bot fans of the world. My husband is a collector and has a ton. From Masterpiece Grimlock to cheap little dinky Bumblebees, he’s got a shit ton of the toys. He’s a huge collector of the G1 pieces and, like me, is not a huge fan of the movie pieces.

Aesthetically speaking, the robots are drastically different in the films than in the cartoons. The direction they went with the look of the characters made them less relatable and barely recognizable. It’s a severe step down from the original toys. So yeah: fuckin’ Michael Bay.

That being said, let’s transform some food into poop.

You know you want to do this. Whip up some BumbleBrie and ThunderCrackers for your next Transformers cartoon viewing. (The ThunderCrackers can be whatever you like … I didn’t really think making blue jet-shaped crackers was a valuable use of our time … any of us. Besides, he’s a decepticon, fuck him too.) It’s delicious, creamy, melty brie that’s been wrapped in pastry and covered in honey. It’s actually a dish native to Cybertron. Respect it.

I’d love to do more Transformers dishes in the future and I have a shit ton of ideas, so hopefully this one pleases you guys. It’s so good, it might even contain the same powers as the Creation Matrix.

Split your dough ball in half. ROLL OUT the first half on a floured work surface. Drizzle 2 tbsp honey over the dough. Place the cheese wheel on the dough and wrap it up. Press the dough to seal it and place it fold-side-down on a parchment-lined baking sheet. Repeat with the other dough ball and wheel of cheese.

Bake for 35 minutes, or until golden brown.

Place the wheels on a serving platter, drizzle with the 1/3rd cup honey and sprinkle pecans on top. Serve immediately.

* If you’d like to step up this dish and make it a little fancier, try toasting your pecans on a stove top (medium heat in a dry skillet for just a few minutes) OR making candied pecans. Below is a quick and easy candied pecan recipe from Pillsbury. 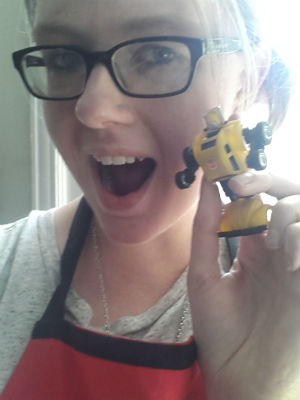 Bake 6 to 8 minutes or until golden brown.

Store in tightly covered container up to 2 weeks.

† You can find some yummy crackers (I used Trader Joe’s Raisin Rosemary Crisps) or you can find a great recipe to make from scratch. Below is what I suggest for your ThunderCracker recipe, adapted from PopArtichoke!

Mix in the buttermilk, sugar and honey and stir well.

Slowly add raisins and rosemary, making sure they are evenly distributed through the batter so every crisp will have a bit of each!

Pour the batter into prepared loaf pan. Smooth top of the batter with a spatula. Place on the middle rack of preheated oven and bake for 40-45 minutes, until loaf is springy and has a nice, golden color.

Carefully remove loaf from pan and allow to cool on a cooling rack. After an hour or so, wrap the loaf in foil and let chill in the freezer until firm, at least 2 hours (the harder the loaf gets, the easier it will be to cut, so longer is better!).

Preheat oven to 300º F. Lightly but throughly grease a baking sheet with vegetable oil (I needed two baking sheets for the recipe, so it depends on the size of your sheet. You can also work in two batches).

When sufficiently firm, remove loaf from the freezer, place on cutting board, and use a serrated knife to slice the loaf into very thin slices (about1/8” thick).

Allow the crisps to cool on a wire cooling rack. You can store the crisps in an airtight container for up to two weeks. 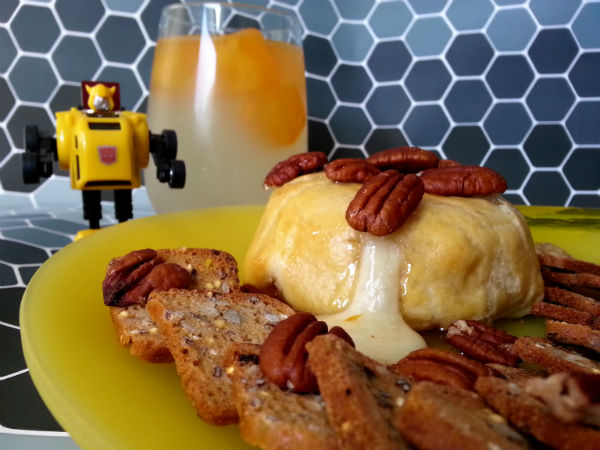