Wow, November’s just flying right by, isn’t it? Wasn’t it just Halloween last week? Isn’t Christmas tomorrow? I don’t even know anymore. One minute vampires were extolling the virtues of candy, and now Santa Claus is trying to convince you that you deserve an expensive car. My jack o’ lantern is still sitting on my porch balcony, where it is this very minute being surrounded by a predicted three inches of snow. Maybe it’s the cocktail of venlafaxine and alprazolam that I’m on right now, but everything just feels like it’s happening at once.

But I do know it’s Thanksgiving this week, so before I go into hibernation mode, only emerging this weekend for leftover turkey and the Grumpy Cat movie on Lifetime, that means it’s time to give thanks.

I’m thankful for my family. I know, I know: every year I make a joke about not wanting to be around my family. But this year, even with my family spread out further than ever before, I actually feel more connected and less guilty about the fact that I’m going to spend my Thanksgiving the way I always do: alone, with coffee and frozen pizza and Netflix. It’s my tradition, and they all seem to really understand. That’s pretty nice.

I’m thankful for Pet Rescue Saga, which really helps me get through a surprising amount of days.

I’m thankful to my various mental health professionals and my amazing wife for always reminding me that despite all of the things I’m so despondent, disengaged and depressed over, life is still generally worth living.

I’m also thankful to Avengers: Age of Ultron for giving me a reason to survive through yet another goddamn winter. And thanks to Guardians of the Galaxy for being the thing I enjoyed most this year.

I’m thankful to my wife for getting excited and putting the Christmas tree up already this year, because having those lights on really does make me feel like the world isn’t so bad, after all.

I’m grateful for the friends who have taken the time to remind me that even though this country voted overwhelmingly Republican a couple of weeks ago, the grand right wing victory is actually pretty meaningless, they won’t have the power they think they will, and even though nothing will probably get done for the next two years, nothing was getting done before. Sure, it sucks to live in a country where the government doesn’t work and the media constantly skews the truth, but at least it’s pretty easy to ignore.

Thanks to everyone on my Facebook feed who has had something racist to say about the events that continue to unfold in Ferguson, because you’ve shown me whose friendship it’s a total waste of time to maintain.

Also, thanks to everyone who has continued bringing forward the news from Ferguson, because without your brave efforts, we’d never know what’s really going on there. Think about things like that the next time you complain that social media has made us less connected than ever. Stay woke.

Thanks to my friend Kelly, who self-published his first novel this year, for showing me that no matter your age, it’s never too late to tell the stories that are inside of you.

Thanks to Neil deGrasse Tyson for Cosmos, which was an unbelievably uplifting experience.

Thanks to Svengoolie for showcasing my wife’s art on television.

Thanks to Taylor Swift for following my dear friend Dalia on Tumblr. That really, really meant a lot to her.

And finally, I want to say thanks to Joel Murphy and Hobo Trashcan for hosting me here for so long. Yes, readers, I’m going on hiatus from this column for the foreseeable future, not only because I’m burned out, but because I’m a different person now than I was when I started this so many years ago, and I’m not carrying around that angry young man energy anymore. I feel like I’ve been repeating myself a lot lately, and I just need a break.

I’ve really loved writing here, and I want to publicly thank Joel for giving me a chance and giving me a space to talk when no one else really would. I’ve loved doing this, and even though I’ve been unresponsive in the comment section — it’s a mental thing I have — I’ve really appreciated everyone who has taken the time to read my crazy rantings. Writing a column is something that I’ve always wanted to do, and it’s been a rewarding experience.

Let me leave you with a final thought for the year, and maybe we’ll see each other again sooner than either one of us think: no amount of guilt can solve the past; no amount of anxiety can change the future; and when you’re going through a bad day, please remember that your track record for getting through bad days so far is 100 percent.

I wish you all good days. 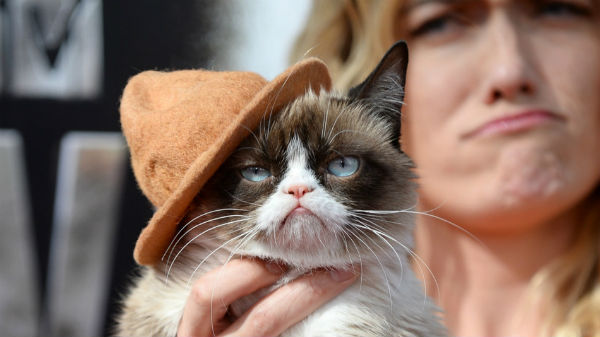