After sending Pierce Brosnan to a missile silo with Dr. Christmas Jones and an ice palace with Jinx Johnson, the powers that be behind James Bond wisely jumped on the gritty reboot bandwagon with Daniel Craig at the helm.

When director Sam Mendes signed on to direct Skyfall, he sought to keep the grittier tone and stripped down aesthetic established in Casino Royale while bringing in some of the classic Bond flourishes like vintage sports cars, colorful villains and playful humor.

Mendes continues to balance these two seemingly-opposed objectives while also weaving an overarcing storyline that connects the events of all three previous Craig Bond films. The result is a bit convoluted and at times perplexing film that still works because it’s just so much damn fun.

As the films opens, we discover that James Bond has been conducting a secret investigation into a sinister organization called Spectre after receiving a posthumous directive from his former boss M (Judi Dench). This comes at a terrible time for the 00 program as the new M (Ralph Fiennes) is fighting to keep the organization from being folded into MI6. The head of MI6, C (Andrew Scott), has a plan to get rid of the cloak and dagger days of old and replace them with a global surveillance network run as a joint effort of all of the world’s superpowers. 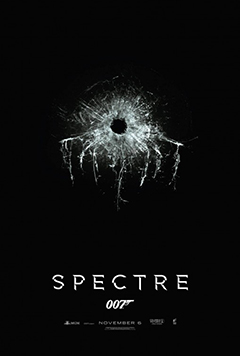 James Bond being James Bond, he travels around the world hunting Spectre and causing a number of international incidents, which only help strengthen C’s case to shut down the agency. While M and Co. fight the shutdown, Bond continues to go rogue, eventually discovering the man pulling the strings, Franz Oberhauser (Christoph Waltz). This being a James Bond film, he also ends up protecting a beautiful girl, Madeleine Swann (Léa Seydoux), and being hunted by a ferocious assassin, Hinx (Dave Bautista).

The film’s use of Oberhauser is a perfect encapsulation of Mendes’ effort to make the film gritty while still invoking the campier days of old. At first we only catch glimpses of him – the back of his head, his face hidden in shadows, etc. But eventually, Bond uncovers the truth about him, realizing he’s someone from James’ past who was presumed dead. But Oberhauser’s true backstory, which pulls from both the previous Craig films and classic Bond stories, is more complicated and surprising. I also imagine it will be incredibly polarizing, with people either loving or hating the reveal.

Hinx also feels like a tribute to the Bond henchman of old (specifically Oddjob from Goldfinger). Dave Bautista plays the silent assassin perfectly, making Hinx instantly feel like a formidable threat. There is a particularly great action sequence where he hunts down Bond and Madeleine Swann on a train, but all of his scenes are fantastic.

I also really enjoyed Léa Seydoux’s Madeleine Swann. While the bar for Bond girls was set incredibly high by Eva Green’s engrossing and complex Vesper Lynd in Casino Royale, I quite enjoyed Seydoux’s role. She’s not quite as memorable as Green, but she plays Swann as world-weary and deadly, a formidable companion for Bond instead of a simple damsel in distress.

Ralph Fiennes, Ben Whishaw and Naomie Harris all feel underused as James’ support team, but they all make the most of their limited screen time. I also think it is ultimately a wise move to limit the amount of help James receives from the others in the agency since that helps to keep the film stripped down and more realistic. (Though realistic is a relative term when talking about a film that begins and ends with crashing helicopter sequences.)

While the acting was top notch and the action sequences tremendous fun, the film suffered at times from uneven pacing. With James operating in secret and Spectre’s mission unclear for much of the film, there’s a bizarre lack of urgency to much of the proceedings. There’s a scene where Bond and Swann casually hang out at a remote train station waiting seemingly-forever for Oberhauser’s men to discover them. The biggest threat for much of the film is bureaucratic oversight, which isn’t terribly exciting. However, once Oberhauser reveals his true identity and his master plan, things pick up, giving the film a fast-paced and riveting final act.

It’s not a perfect Bond film. It’s messy and slightly convoluted. But it’s so much fun that I was willing to overlook the flaws. 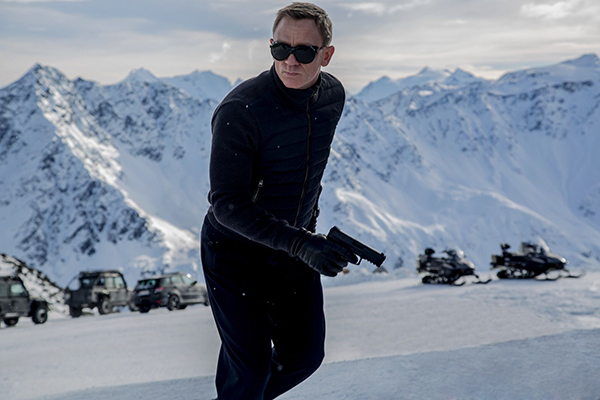