After four films in six years, Daniel Craig is grumpily hanging up his licence to kill …

“I’d rather break this glass and slash my wrists … I’m over it … All I want to do is move on … If I did another Bond movie, it would only be for the money.” – Daniel Craig

… leaving a hotly-debated shortlist of actors (see below) being considered to replace him as iconic British superspy James Bond.

Some fans are so married to the character’s original image as a dark-haired Caucasian man that even a variation as subtle as blonde-haired Craig was enough to gather the digital pitchforks and torches and head to the nearest comments section. But I have a different view.

By the time that I was old enough to understand and appreciate the Bond films for what they are – a couch-potato fantasy of being attractive and competent at a dangerous, world-impacting job that allows you to drive cool cars and get laid at a Leo DiCaprio-like pace by the most beautiful women in the world – the series was on its third Bond, Roger Moore.

Because of the franchise’s longevity, number of actors who’ve already played the part and tonal shifts reflective of the disparate decades in which the films were produced, hair and skin color are irrelevant when I think of Bond.

To me, James Bond has always been defined by a particular set of characteristics:

HE’S A DUDE. Blast away at me for this all you want, ladies, but this is pure throwback, escapist dude-fantasy. I have no problem with women Ghostbusters, a woman in the Iron Man suit or Oceans 8 (which I am actually anxious to see), and I’ll happily watch a female-led Bond equivalent … but JAMES BOND should always be a man.

HE’S BRITISH. Always and forever. Call it self-loathing inverted nationalism or whatever, but NO American actor should ever be cast in this role. Thanks to Xenu we have an American James Bond, and his name is Ethan Hunt.

HE LOOKS AMAZING IN A SUIT. His build is muscular and athletic, but never hulking.

HE’S A BADASS. He doesn’t have to win every fight, be we have to believe that he could.

HE’S IMPOSSIBLY SUAVE AND CHARISMATIC. Suave to the point of being one step away from a sociopath. The best Bonds all crack wise while exuding a Batman-like undercurrent of barely contained serial killer urges.

HE’S PROMISCUOUS. Joey Tribbiani/Sam Malone/Wilt Chamberlain promiscuous – i.e., it shouldn’t surprise overnight guests when they return to bed from an early morning bathroom break and Bond is already in afterglow with someone that he met and seduced while they were peeing.

HE’S THE RIGHT AGE. He should be young and handsome enough to turn the heads of the most beautiful women in the world (and Silva) but still old enough to have some hefty field experience under his belt so … 35-45.

Let’s judge the presumed Bond-age club members not by the actual probability that they will land the role, but by the aforementioned criteria and see where they rank …

10. Orlando Bloom. Checks most of the boxes, but he couldn’t take Justin Bieber in a scrap, how is he going to beat Jaws?

9. Jack Huston. Bond has a whole face. Awww, really? It’s not a real injury! Look, I had to write something; the only criticism I have for him is that I’m just not seeing it … with one eye. Awww!

8. Damian Lewis. There is a potential ginger-Bond on this list, but not this one. Close, but no shaken martini.

7. Henry Cavill. When I wrote “Bond must look good in a suit” I didn’t mean “custom made by a tailor that his HGH dealer recommended”.

6. Colin Salmon. I love this guy, but at 53 he’s too old. By the time audiences got attached to him the producers would be looking to recast.

5. Aiden Turner. Right age, has a cool Connery-esque vibe, checks all of the boxes … but not my favorite.

4. Rupert Friend. Like Kevin Smith with Ben Affleck, if I were producing a remake of Jaws, I would cast Friend in every role – even the shark – but he’ll always be Peter Quinn to me.

3. Tom Hiddleston. While Hiddleston is a phenomenal choice and The Night Manager mini series proved that he is capable of a Bond-type character without locking him into the spy slot, I think that he get’s edged out by …

2. Idris Elba. I am an unrepentant Elba fanboy, but there is no doubt that he would be amazing as 007. Dude: Check. British: Check. Looks Amazing In A Suit: Check. Badass: Check. Suave: Check. Promiscuous: Believable, so … Check. Right Age: With his looks he can play the range even if he exceeds it so … Check. Almost a done deal, except for that other ginger on the list …

1. Michael Fassbender. If you need convincing, watch Inglorious Basterds and tell me he wouldn’t just slay the role. All the same boxes get checked with one slight edge going to Fassbender over Elba: his work as Magneto in the X-Men First Class series of films shows that he can supply dark undercurrent without speaking better than maybe any actor working today … short of Bryan Cranston.

I don’t think there’s a wrong choice in my top five, and any of my top three are capable of delivering a performance that could define the role for a entire generation of fans. Let’s just hope that whoever wins the role is as excited to play the part as we are to see him bring Bond to life. 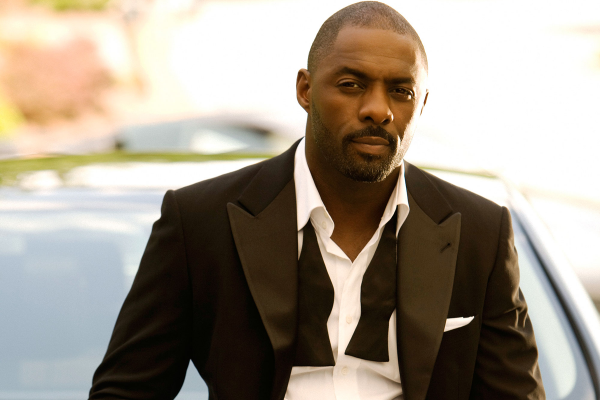