When last we talked to Jacq the Stripper, she had just released her memoir The Beaver Show and was running a Kickstarter campaign to finance a book tour.

This past weekend, Jacqueline Frances officially kicked off her tour with a road trip to Baltimore (after Joel Murphy’s gentle pleadings to get her to come to “the forgotten stepchild of the East Coast”). She performed stand up at the Second Saturday S#!t Show at the Ottobar, dropped off copies of her book at Atomic Books and explored the city with her entourage.

Sunday afternoon, Murphy and Lars Periwinkle stopped Jacq’s posh AirBnB to talk about the tour and to shoot the breeze. But mostly, they just all got distracted by the Michael Bay action film Armageddon, which was playing in the background. 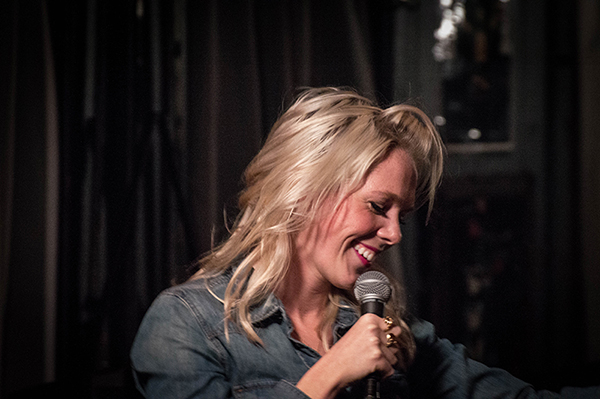