I’m not a patient person. When I’m excited about something I want it to happen as soon as possible and I want everyone around to be as excited about it as I am. To this day my dad loves to taunt me by repeating the phrase “Anticipation is the greater joy” when I’m bouncing off the walls with giddiness. It doesn’t take much to get me excited, but my god when it happens, I can barely contain myself.

So I wasn’t exactly surprised when my idea to propose to Joel didn’t go as I had originally planned.

I’ve been pretty sure I was going to marry Joel since we watched Bad Boys II on our first date. Starting last fall, we had begun discussing the idea of marriage as a more tangible reality – but, due to my continuing health issues and some other logistical concerns, we had been discussing it as a distant possibility. Still, we joked that since Joel had been the first to say “I love you” and had asked me to move in with him, I should be the one to propose. It’s only fair, he’s taken on so much of the scary milestone responsibilities. I needed to take a turn.

About two weeks ago, I started thinking about it more seriously and I began to picture myself asking Joel to marry me. Mostly I just broke out in a huge smile and felt every warm and fuzzy feeling and then I continued going about my day. The idea felt good, but was still somewhat abstract. But last Thursday, a switch flipped. I was sitting at a Starbucks, waiting to pick up the kids I babysit and I started thinking about proposing to Joel again. And in an instant, I formulated a plan.

We’re both huge fans of The Simpsons and so I thought it would be perfect to find a way to incorporate some sort of deep cut reference into my proposal. So with the help of Etsy and the Stonecutters, I went ahead acquiring supplies to mark this joyous occasion in a way that honored our pop culture sensibilities.

In case you’re unfamiliar, the Stonecutters were a secret society on The Simpsons that Homer joined and – after they spotted his legendary birthmark – was dubbed the “chosen one”. Homer ends up upsetting the other Stonecutters and since his status makes it impossible to remove him, the members create a different club he’s not allowed to join. He, understandably, feels a bit dejected. But luckily he has Marge and the kids to lift his spirits.

I have no desire for an engagement ring. I don’t wear any jewelry and I highly doubt my hypermobile, arthritic fingers could take the strain. But I wanted to have something symbolic to mark the day.
And so I found myself on Etsy in search of a pair of retro “kazoo rings,” “novelty rings” and finally “whistle rings” in order to have something special to present to Joel when I asked. Perhaps it’s the fact that they’re genuinely retro toys at this point, but I had a harder time than I thought finding these things. After an exhaustive 15 minute search (I wasn’t kidding about my impatience), I found the perfect kitschy rings (thanks to Etsy seller therpsajik, who specializes in vintage jewelry and novelties). I found myself shaking with excitement as I bought them.

There was no denying it now. Shit just got real.

It was fairly quickly after that purchase that my plan started falling apart. It began with me joyously texting my best friend to inform her that I had just bought the rings and intended to propose at some point within the next week. That’s pretty harmless. Later that night, I started texting my brother, which was mostly us sending “OMG!!!!” back and forth. He also helped me crush my overwhelming anxiety regarding the possibility that Joel might turn me down by writing, “DESTROY THE IDEA MAKE IT REST IN FUCKING PIECES!” It helped. Then I started talking to my mom, which inevitably turned into a wedding planning session because she’s my mother and I’m her only daughter and that’s the natural order. Then I saw that a cousin of mine was attending a wedding showcase and I casually dropped her a line to inquire about it. Apparently she’s a bridesmaid for a good friend and they’re all going to check some stuff out. I took it as an opportunity to tell her all about my plan (I mean, it was contextually relevant). I told each one of them to remain tight lipped, but let’s be real, I would spill the beans before any of them did.

I remained fairly normal through the weekend, but when Monday came I started to get anxious. I was giddy, and I wanted to get this show on the road. I checked the mail three times before Joel informed me that it was a federal holiday. I was annoyed when I realized I would have to wait another day for the rings, but I figured I could manage. I checked my order to see when I could expect them and that’s when my nerves took over – they weren’t even going to ship until February 18; something that the seller had told me when I bought them, but I had overlooked thanks to my excitement.

I was already planning to do a momentous, terrifying thing and now I was going to have to wait to do it. I’m anxious, impatient and overbearing in my excitement by nature (get ready for a lifetime of that, Joel) and those three traits did not mix well with the realization that I was going to have to delay my proposal until god knows when. But I had to save face. So I cleaned. I cleaned like a motherfucker. I mopped the floors. I vacuumed spaces that haven’t been touched since I moved in. I scrubbed the stuck on black grime from the grout behind the refrigerator.

I did anything that would help channel my nervous energy.

But I don’t have the constitution to tolerate several hours of deep cleaning and scrubbing and around 9 o’clock I started to feel sick. My joints hurt, my hands were achey and my stomach was twisted in knots. I stretched out on the couch and ended up sleeping through the season premiere of Better Call Saul, the second most exciting thing happening this week. By 11, my stomach was killing me and so I drank some Pepto Bismol, kissed Joel and said I needed to just go to bed. Being the sweet guy that he is, he came in and rubbed my back and just cuddled me as I tried to relax. I felt so loved and taken care of as Joel held me and said he hoped I felt better. I started to feel better and the longer we laid there, the more I was overcome with wonderful feelings.

And that’s when I realized that the rings didn’t matter. What mattered was how wonderful I felt around Joel; how much I love him and how wonderfully loved he makes me feel every day. After all, that’s the whole reason I want to marry him! I don’t know how long it took for me to say anything to him, but eventually I managed to start talking about Tom Colicchio’s wedding – we’re huge fans of Top Chef and were both very charmed when we heard the story of his wedding and the fact that he has “Don’t postpone joy” inscribed on his ring. Joel said he remembered with a definite hint of confusion in his voice. I rolled over to face him and tried to steady myself, but the tears were already welling up in my eyes. I looked at him and said, “I was going to do this later this week, but I don’t want to postpone our joy any longer. Joel, will you marry me?” He laughed a little, surprised that I actually went through with our joke that I had to propose to him, and said yes.

And then I turned into a sobbing, giggling mess as I jumped on top of him and attacked his face with kisses that seemed to completely miss his mouth (but it’s the thought that counts). We took photos together to mark the day we got officially engaged and I told him the story of how I had planned to propose, rings and all.

He agreed that it would’ve been adorable, but the way it happened was pretty damn cute too. 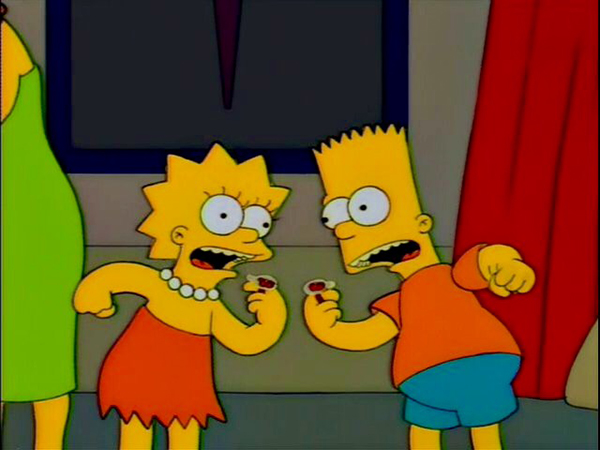