I’ll start with the good news.

If you are buying a ticket for Batman v. Superman: Dawn of Justice based solely on the film’s promise that these two titans will square off against each other, then you’ll be happy to know that director Zack Snyder gives you a visceral, gritty smack down between the Dark Knight and the Man of Steel. It’s a long, brutal fight and it has a definitive winner.

Now, the bad news: everything that precedes or follows that epic fight scene is an absolute train wreck. Batman v. Superman is a poorly-conceived, poorly-executed jumbled mess of a film. It weighs you down with dull exposition in the first half, then tries to cram too many different storylines and goals into the second half. The fight between Batman (Ben Affleck) and Superman (Henry Cavill) comes much, much too late to have a real impact. Making matters worse, it’s immediately followed by a bigger, dumber battle that completely destroys any fleeting good will the Batman/Superman showdown earns the film.

It’s surprising that only two men wrote the screenplay. Watching it, it felt like five different writers took turns writing scenes, none of them paying any attention to what the previous guy had written. Plot points and characters are introduced haphazardly, with new people and stories being introduced and abandoned in record time. There’s no thought given to pacing, themes or overarcing storylines.

The biggest mistake seems to be the desire to replicate the work Marvel has meticulously done over the past eight years building a vibrant cinematic universe in just one film. So Batman v. Superman is tasked with introducing us to a new Batman, introducing us to Wonder Woman (Gal Gadot) and teasing the arrival of more Justice League members while simultaneously serving as a sequel to the Superman-centric Man of Steel, finding things for side character from that film – notably Lois (Amy Adams), Martha Kent (Diane Lane) and Perry White (Lawrence Fishburne) – to do and giving us a new villain for Superman to square off with in Lex Luthor (Jesse Eisenberg). There are also side stories about CIA cover ups, medical experiments done to General Zod’s (Michael Shannon) body and congressional hearings to determine if Superman needs oversight. Plus, we are also treated to a series of bizarre dreams Bruce Wayne has, which seem to exist primarily to confuse the audience and to shoehorn in alternate costumes for merchandising purposes. 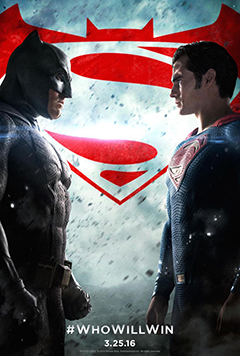 (Side note: maddeningly, a film this overcrowded also felt the need to once again show us Bruce Wayne’s parents being gunned down in an alley and young Bruce discovering the Batcave. Even overlooking the fact that everyone in the audience already knows Batman’s origin story, Snyder’s depiction comes off as a boring retread of Christopher Nolan’s version, which means that screenwriter David S. Goyer is ripping off his earlier, better work. All so Snyder could give us one more slow motion shot of Martha Wayne’s pearls hitting the pavement.)

All of these competing storylines aren’t woven together in an artful way. Instead, we just hop from one story to the next. Some of them – like the introduction of Wonder Woman or Bruce Wayne’s heroic efforts to save people on the ground during Superman and Zod’s climactic battle from the last film – are compelling, but anything that sticks is quickly tossed aside to move on to the next thing. The film is almost three hours long, yet inexplicably none of the important moments are given any room to breathe.

Making matter worse is how Batman v. Superman plays fast and loose with its depiction of these iconic characters. The film borrows heavily from Frank Miller’s The Dark Knight Returns (at times lifting lines directly from the graphic novel), but it misses the point of Batman and Superman’s conflict in that story. Miller’s work was instrumental because it showed that Batman and Superman are polar opposites, representing two opposing sides of the same coin. Superman represents hope while Batman has already plunged his way into the abyss and is trying to fight his way back. Superman was handed his powers and uses them as a beacon to show us a better world. Batman devoted his life to training to become a superhero and uses his skills to put fear in the hearts of criminals.

But in this universe, Superman is a mopey killer who inflicts collateral damage onto any civilians in his wake by punching his foes through buildings full of people. Outside of Lois, who he has to save every five minutes from increasingly-stupid-life-threatening situations, he doesn’t seem overly invested in any of the people in his city. Instead, he’s detached and brooding. And those who claim that he’s a menace to society seem to have a fair point. There are brief glimpses of him saving people who clearly view him as a god, but these moments seem disconnected from how he’s presented the rest of the film.

The movie does a better job with Batman. I understood his motivations and he at least resembled the character I love from the comics. Except, for some inexplicably reason, this Batman uses guns to murder people throughout the entire film. And I mean the entire film. Try to find an action scene where he doesn’t wield a gun. There are guns on his Batplane, hand guns he wrestles from thugs, then uses on said thugs and even guns he wields in his dreams to mow down attackers. “No guns” and “no killing” are pretty much the only two rules Batman has, so throwing them out the window with no explanation was quite baffling. Still, Affleck did a solid job depicting the Dark Knight and the criminally-underused Jeremy Irons found a fun twist on Alfred. 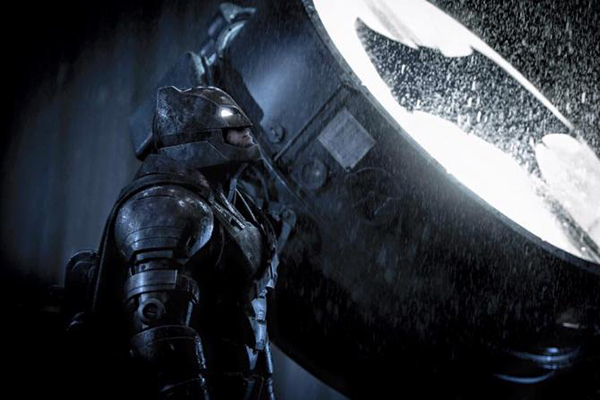 Perhaps the worst depiction of a character is Jesse Eisenberg’s Lex Luthor. Eisenberg went incredibly broad and campy in his portrayal of Lex, which in no way fit the tone of the film. But it’s hard to blame him too much for the character’s faults since absolutely nothing about the film’s Lex resembles his comic book counterpart. Comic book Luthor is an older, imposing, bald business tycoon who uses his vast intellect and resources to take on Superman. He’s an intimidating presence. Eisenberg’s Luthor is a stuttering, cartoonish buffoon with a full head of hair who does dastardly deeds seemingly at random in hopes they’ll work out. Even as he’s killing people, it’s hard to take him seriously. Trying to lock down his motivation or a clear overview of his master plan is absolutely impossible. When things work out in his favor, it seems more like blind luck than proper planning.

It’s hard to say how the film did with the rest of the characters, since most of them are two-dimensional props who don’t get enough screen time to really matter. Gal Gadot is fun as Wonder Woman, but she’s only given a handful of scenes. And Amy Adams does her best to make Lois compelling, but Synder is too busy putting her in peril or gratuitously filming her in a bathtub to really let her shine. (The “putting her in peril” is so bad that at one point she goes off on her own and somehow almost drowns, forcing Superman to leave an incredibly-important battle to save her, which has to be a new low for the “damsel in distress” trope.) Lawrence Fishburne manages to sneak in a few fun zingers as Perry White, but he has to spend most of his time wondering why he continues to employ Clark Kent, a insolent, often-absent reporter.

While there are a million other facets of the film I could nitpick, one I feel I have to mention is how cavalier it is with revealing its superheroes’ secret identities. The alter egos of all three of our heroes are practically common knowledge. The whole “glasses as a disguise” Clark Kent conceit was already flimsy enough, but throwing all anonymity out the window without at least pretending its a big deal to figure out these people’s secret identities seems like a huge misstep. But sadly, it’s just one of many.

DC has a lot riding on this film. It’s hoping that this will be a tent pole that launches both a Justice League film and a series of standalone adventures, a la Marvel. But while I imagine they have no choice but to keep on plunging forward, I can’t see things getting any better. The whole enterprise is built on a rotten foundation. Superman is a detached, brooding killer. Batman is a gun-wielding monster. Lex Luthor is a punk kid with a full head of hair who doesn’t seem to have a knack for the whole “supervillain” thing. These aren’t the characters you know and love. They’re pale imitations.

So if you want to see Batman and Superman square off, this film does deliver. But if you were hoping to see a superhero movie spotlighting the characters you know and love, you’ll be sorely disappointed. They can call it “Dawn” of Justice all they want, but only darkness lies ahead. 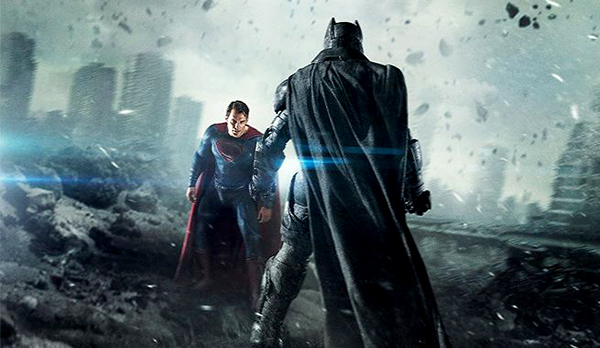