The pregnant Wilde chose to travel by subway, and upon entering a standing-room-only car, no one offered her a seat.

So of course, she Tweeted this:

NBD, able-bodied (emoji for subway) riders who won’t give your seat to a GIANT preggo. I’ll just stand riiiiight next to your head and pray I go into labor.

Many applauded Wilde for calling out the lack of courtesy. Many; not all:

“1. I didn’t tell u to get pregnant 2. Get an Uber (you can afford it) 3. I paid the same amt as you for the subway ride.” – Twitter user Kyle, Tweets since made private.

There is no question that raising a child is the most important thing that anyone can do. You have part of the future to mold into a secure, emotionally-healthy, contributing member of society and there’s so much working against you that not fucking it up too badly is a win.

That’s why my wife and I aren’t parents. We’re selfish assholes that don’t want that responsibility. I won’t speak for her lawyering, but I know that after a hard day of kittens and beer, I am far too tired to deal with the hyper-kinetic maelstrom of filth, screaming and questions that is a child.

That’s our choice. Parents, having children is yours. Our choice never, ever, ever inconveniences you. Parents, if you’re honest, you have to admit that the opposite is not true.

Personally, if I were on a packed subway, I would offer my seat to a pregnant woman. But I’m old school. I hold doors for people, I say please and thank you to restaurant servers and when I’m in the grocery store checkout line with a full basket, I allow people with just a few items to cut in front of me. But again, these are MY CHOICES. It would be nice if everyone acted accordingly, but I don’t get to make the rules. And neither does Olivia Wilde.

NBC’s Today Show sent correspondents Keir Simmons and (super-sweet) pregnant Dylan Dreyer onto the subway to see what would happen.

Not only did some people offer seats and/or help with her bags, those that didn’t offer, complied with a smile when asked.

So what did we learn? Maybe we learned that Dreyer doesn’t wear a grumpy, entitled face that screams “Hair-trigger Tweeter,” so people are more willing to help her. (The TV camera probably had them on best behavior, too). Or, maybe it’s that while everyone is self-absorbed with our own agendas and problems, we’re basically good people that will help if asked. Or maybe, just maybe we learned that the world does not revolve around any one person. Even if that person is about to be two people.

Sidebar: Another thing that has me scratching my head, though, is that while most people slammed Kyle, how was he wrong? Getting pregnant was her choice. She can opt for private transportation. He did pay the same amount as her entitling him to a seat.

Everyone slammed Kyle for being selfish (he is), but no one called her out for her retort.

Eat a bag of dicks.

A Google search on “Eat a dick” as an insult returned this from a self-proclaimed feminist tumblr:

‘Eat a dick’ is homophobic when the insult is aimed toward guys because … One dude engaging in a gay activity with another is seen as ‘bad’ … adds to the association of negativity or insult to doing gay activities… which by turn hurts gay people and is rooted in homophobia.

A variation of that phrase came from the phone of a woman who claimed “My hope is that my son … doesn’t recognize a world in which we’re stuck in definitions others put upon us.” Uh huh.

But back to the core issue. I know many stellar parents. My best friend and his wife have awesome twins. Their friends who have five incredibly active, yet well-behaved sons. My wife’s best friend and her husband are raising three fantastic daughters.

Unfortunately, at least once per week I encounter those who feel that their decision to breed entitles them to dump their misery on the rest of us. I’m looking at you couple who allows their child to scream, kick the back of the booth, and run around almost tripping servers … AT THE BAR. And you, parent of child with miniature grocery cart playing demolition derby with store endcaps and other unsuspecting shoppers. And you, parent on cellphone at gas station pump who only paid attention to your children playing tag in the parking lot long enough to yell at the driver that almost killed them.

Parents, you can hate us all you want when we roll our eyes at your demon spawn using your bar booth as a jungle gym, or when we don’t offer up our seat on a crowded subway while you’re expecting. But when you decided to have a child and all of the tribulations that go with it, we didn’t sign up to be support staff. Try to understand that your choice is not our responsibility. 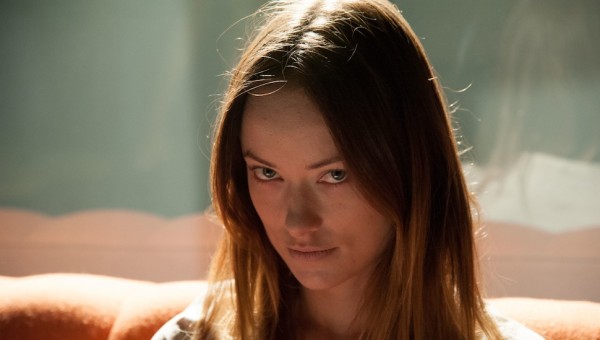