A woman is bound, gagged and held at gunpoint as she waits to see what her fate will be at the hands of two intruders. Sounds absolutely horrifying, right? This woman has encountered the home invasion of our worst nightmares. She survives, and is met with compassion by the community as she bravely tells her story to investigators.

Unless, of course, that woman is Kim Kardashian.

I’ve written before about my feelings towards the Kardashians. I understand there are many justifiable reasons to dislike them. But the fact of the matter is that they are still people and deserve the same level of compassion we give to everyone else. Especially when one of them is the victim of a horrific crime. There is zero room to make arguments that justify the way Kim Kardashian was victimized. It is not only damaging to her, but to all women who may face an intrusion such as this.

But people still get off on being shitty towards people, specifically women, that they do not like. I realize that people who derive such pleasure from shitting on the Kardashians may have a difficult time figuring out how to behave like decent people in this situation. Luckily, I’ve got you covered.

Literally Nobody Should Have to Endure This

What happened to Kim Kardashian is not only horrifying, it’s surreal. Home invasions of this type seem to only exist in movies and the most thrilling ID Discovery specials. Most of us know that the chances of being attacked by a stranger are far smaller than the fear mongering news stories would have you believe.

But what happens when you actually become the victim of such an unlikely crime? I can only imagine what it must be like to experience a crime better suited to a Lifetime original movie. Despite my many enemies, I can’t think of a single person who deserves to experience the terror of being assaulted by two strange men as they relax at home.

Which brings me to my next point…

This crime is a feminist issue

If you ignore the Kardashian name, what you have is an assault to a woman’s body, mind and sense of security. This is an issue that reaches far beyond this particular instance. We live in a world where people will try to find a reason women deserved their assaults. They were too drunk. They were too promiscuous. They were somewhere they shouldn’t be. Or, as this case shows, they were overexposed on social media.

I can’t count how many articles and comments I have seen that blame Kim Kardashian for flaunting a picture of her $4.6 million dollar ring before the attack. It’s funny. In almost every gender studies class I have taken, somebody will equate rape to robbery in order to show people that victim blaming is never okay. “If somebody mugged a man and stole his Rolex watch, nobody would tell him he shouldn’t have left the house with such an expensive watch on.” And yet, when a divisive figure like Kim Kardashian is violently robbed, all of a sudden the Rolex watch argument doesn’t apply.

I’m appalled by the number of self-proclaimed feminists I have seen criticizing her for carrying such expensive jewelry with her. These are the same women who, rightfully, will shut down anyone who blames a rape victim for her behavior that night or prior sexual encounters. It’s shameful to see these people show such a lack of human decency and ethics when it comes to a woman they don’t like.

It’s something about feminism that a lot of people don’t seem to understand. Feminism is meant to help all women, whether or not you like them.

It’s Not About the Jewelry

About a day after the news of her assault broke, I saw one of my friends had liked an incredibly tasteless Facebook post. It was a fake GoFundMe page made for Kim Kardashian. It’s aim was to raise $10 million dollars to replace the jewelry that she lost in the robbery. It made me livid.

What Kim Kardashian went through is a legitimate trauma. It’s not about the fucking jewelry. I feel pretty confident assuming that she doesn’t give a flying fuck about the stolen items. It’s despicable that people would even consider joking that her greatest source of distress is over losing such expensive jewelry.

One of the first things to come out about her statement to investigators was that she begged for her life, saying she had children at home. That’s when the intruders decided to duct tape her mouth shut. Then it came out that she feared she was about to be raped. She had no idea if she was going to live or die. She had no idea if she was ever going to see her children again. And you think she’s upset about losing some jewelry?

That sentiment shows such a severe lack of empathy, it borders on a loss of humanity. Some people need to go take a good, long look in the mirror.

Some Thoughts are Best Kept to Yourself

So, how do you keep yourself from acting like a piece of human garbage? The answer is quite simple – keep that shit to yourself. I fully recognize that there are still those who believe Kim Kardashian is an attention-seeking socialite who deserves whatever comes to her. I understand there are some people who think that the Kardashians have forfeited any right to be treated with human decency. I also acknowledge that there are probably people who think what happened to her is truly hilarious.

I know that I will never persuade those people with my arguments. So to them I will simply say shut the fuck up. Your opinions are not helpful, funny or necessary.

I hope this has helped those of you who aren’t sure how to view Kim Kardashian’s assault. And for the others, well, you know what I’d like you to do. 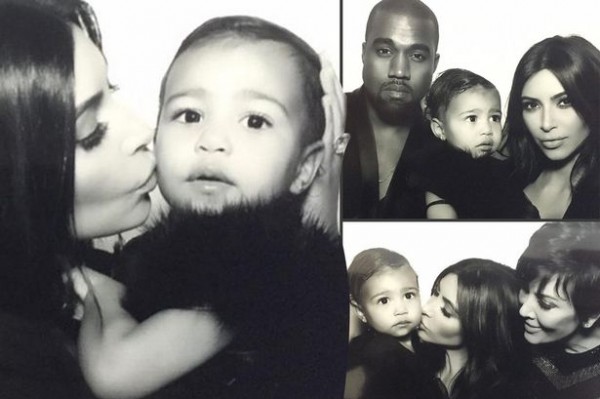 Poppin' Molly - In a world full of Kardashians, don't be a slut-shaming faux feminist
Positive Cynicism - The course of big paydays never did run smooth: an open letter to Kim Kardashian
Positive Cynicism - We are the fail
Outside of the In-Crowd - I don't understand the world
Outside of the In-Crowd - The boy in the plastic balloon, a.k.a., Famewhoring: The next generation
Murphy's Law - Let's be honest, Kanye West's outburst was a good thing