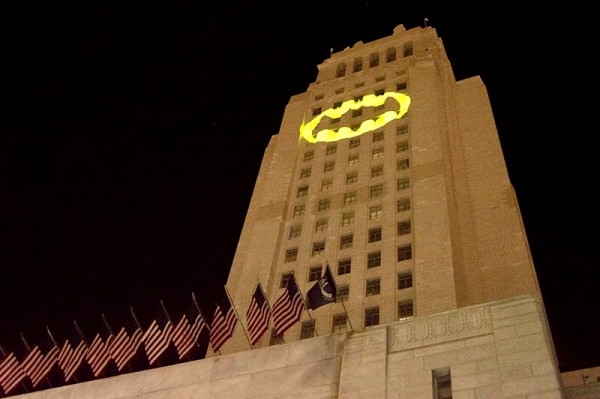 Hundreds of fans gathered at the steps of Los Angeles City Hall last night to pay tribute to Adam West, the actor best known for playing Batman in the 1960s TV show. West died Saturday after a short battle with leukemia.

The ceremony was brief, but heartfelt. Los Angeles mayor Eric Garcetti, LAPD Chief Charlie Beck and West’s costar Burt Ward all shared what he meant to them. West’s family, his co-star Lee Meriwether and co-publisher of DC Entertainment Jim Lee were also in attendance and a Bat Phone and Batmobile from the show were on display.

The event culminated with the iconic Bat Signal being projected onto the front of City Hall.