A news story on NPR has destroyed everything Joel Murphy thought he knew about dinosaurs. It seems that the brontosaurus never actually existed. The dinosaur’s creation was nothing more than a clerical error by a jerk paleontologist in the early 1900s looking to one up another jerk paleontologist (it was an era awesomely known as “The Bone Wars”). Murphy and his co-host Lars try to make sense of this discovery. Ultimately, it makes them question everything they think they know about dinosaurs (which turns out to be surprisingly little).

They also discuss Samuel L. Jackson’s desire to be in the new Star Wars, their sad lack of nicknames and

What is a ghost hologram? Can Lars call dibs on the name brontosaurus? How close can Joel and Lars get to the line of inappropriateness? The answers to these questions and more are in this week’s podcast. 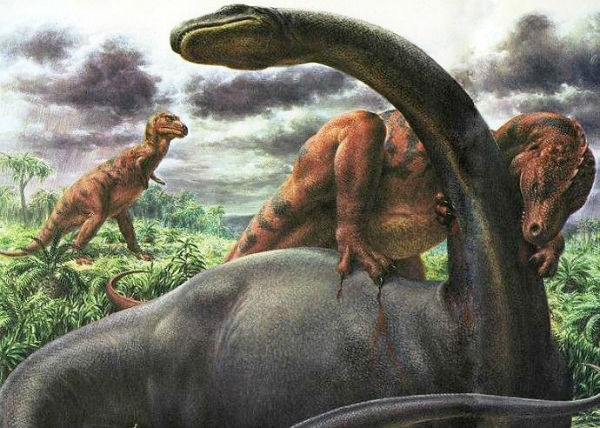