Joel Murphy and Lars Periwinkle are once again joined by Andy McIntyre and Erin Fox. The four of them talk about cliffhangers in TV and the difficulty in adapting books to television.

They also take on the Final Four round of the Hobo Madness “Best Simpsons Episode Ever” Tournament. They decide winners for “King-Size Homer” vs. “Summer of 4 ft. 2” and “Marge vs. the Monorail” vs. “Cape Feare.”

When did everyone give up on The Walking Dead? Why doesn’t Andy have a fun nickname? Who will advance in the tournament? The answers to these questions and more are in this week’s podcast.

Make sure to check back later in the week to vote for your favorite in the Finals. 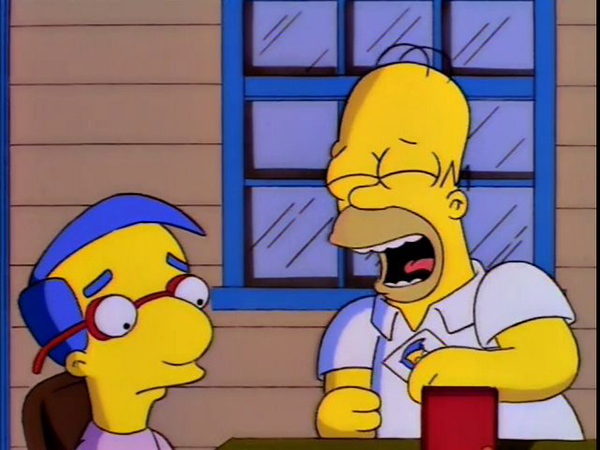