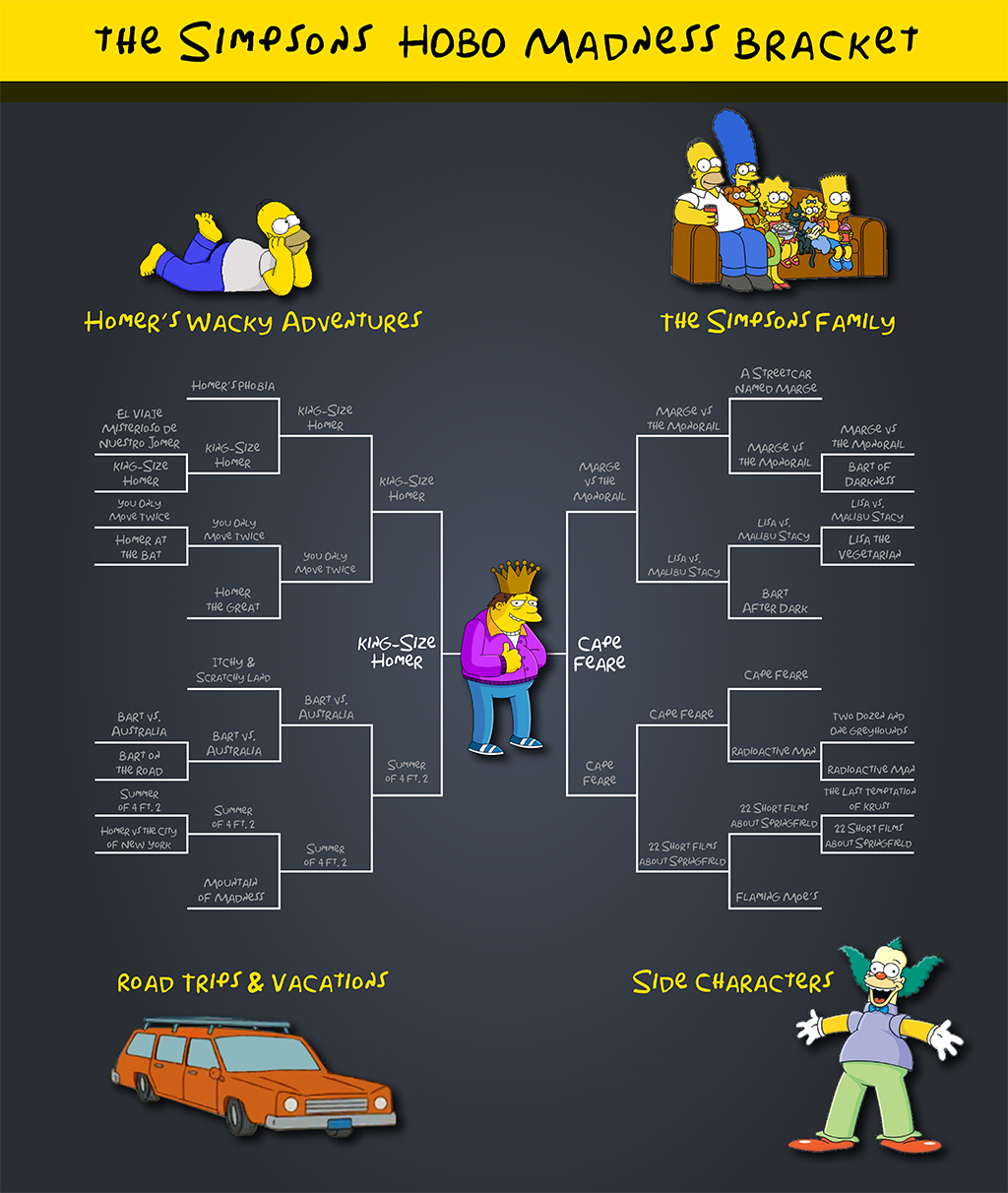 Joel Murphy and Lars Periwinkle are back with their third annual Hobo Madness Tournament.

Two years ago, in a tribute to two greats who passed away, they pitted the films of Philip Seymour Hoffman against the films of Harold Ramis.

Last year, they’ve decided to pay tribute to NBC’s last great comedy line up. The four best episodes from Parks and Recreation, Community, 30 Rock and The Office squared off to declare one ultimate winner.

And now, this year they attempt the impossible as they seek to crown the best Simpsons episode of all time. Breaking the episodes up into four categories – Homer’s Wacky Adventures, Road Trips & Vacations, Simpsons Family Episodes and Side Character Episodes – they narrowed the field down to 24 episodes. From there, they randomly seeded the episodes (by literally drawing them out of a hat) and pitted them against each other.

Listen each week to Hobo Radio to hear the winners (you can find the link to each round below) and make sure to leave your feedback to let the guys know what you think of their picks. You can vote for what episodes you want to advance by going here.