With Steve Martin, Jack Black and Owen Wilson in the lead roles, you might expect The Big Year to be a silly comedy about over-competitive bird watchers. It’s not. Surprisingly, it’s instead a sincere, at times melancholy, look at the lives of three men who are obsessed with birding.

All three of them decide to do a “Big Year” – a year devoted to eyeing as many different species of birds as possible – and the film follows them throughout those 365 days. Some parts of the movie work better than others, but though it’s uneven, The Big Year manages to be a syrupy bit of fluff that will keep you engaged without ever really blowing you away.

The “Big Year” competition itself is rather peculiar. It operates on the honor system – you record the birds you see in a given year without having to provide proof that you actually saw them. Most people try to take photos of the birds if possible, but simply saying you saw a bird (or even heard a bird) counts. And there is no prize money involved. The only thing the winner gets is his or her name recorded in a noted bird watching magazine. To an outsider, it doesn’t seem like that big of a deal. But in the birding community, it doesn’t get any bigger.

The families, friends and associates of the three main characters have trouble understanding their desire to take part in the competition. A “Big Year” is an esoteric undertaking. You have to put the rest of your life on hold to travel across the country looking at birds. It’s can definitely put a strain on relationships.

Kenny Bostick (Owen Wilson) already holds the record for the most bird sightings in a single year, having spotted over 700 different species in a previous Big Year competition. But despite the record – and the fact that his obsession with birding has cost him several marriages already – Kenny still decides to compete again in order to best his own record. He defines himself by being the best in the world at birding and lives in constant fear of being one-upped. Back at home, his current wife is trying to conceive, which puts an extra strain on things. 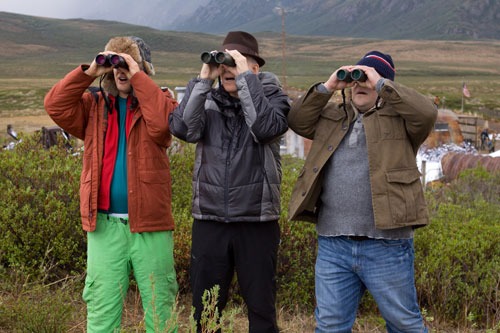 Stu Preissler (Steve Martin) has always dreamed of doing a Big Year and now that he is facing retirement, he decides it’s finally time. However, though his wife is quite supportive, his former employees aren’t quite ready to let him walk away from the company he started. They need him to help close a merger and spend the year intruding on his competition in order to solicit his help.

Our narrator Brad Harris (Jack Black) is a divorced, broke, low-level IT guy who has an uncanny ability to identify any bird by it’s call. Though he has to max out his credit cards to do it and balance a full work schedule with his Big Year, he decides to try to break Kenny’s record. He knows he needs to do something big to break out of his current funk. His mom is supportive of his quest, but his dad can’t understand it at all.

Brad is the most problematic character in the film. To me, Black works best when he has a bit of an edge to the character he’s playing (like in School of Rock or his outlandish stage persona in his band Tenacious D). Having him portray a pure as snow “lovable loser” character just seems forced (as does his underdeveloped romantic subplot with a fellow bird watcher played by Rashida Jones). I never found him as sympathetic as I was supposed to or felt as invested in his story as I should be.

What did work for me though was Brad’s friendship with Stu. While Black and Jones don’t really have any chemistry, he and Martin were actually quite convincing as friends. The two bond over their mutual love of a hobby most people don’t understand and it’s nice to see them find someone else who can share in their joy. In some ways too, Stu is able to be the supportive father Brad never had.

The film works best when it’s exploring their relationship or when it’s showing how the Big Year competition causes tension with the people these competitors love. At time it’s a compelling look at the line between hobby and obsession, somewhat reminiscent of the fantastic documentary The King of Kong.

But the film is never quite as good as it should be. Most of the comedic moments fall flat and at times the emotional scenes seem quite forced. Overall, it is a bit hit or miss, but if you go into it with low expectations, you’ll find it entertaining enough. It’s certainly a movie you could wait to watch on DVD or on cable instead of paying big bucks to see it in the theater, but if you are looking for something generally pleasant and inoffensive to take a date (or your grandparents) to, then this one is a safe bet. 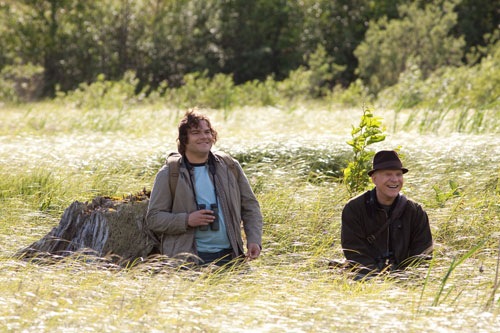