At the end of Batman Begins, Jim Gordon warns the Dark Knight about escalation, saying that Batman’s brand of vigilante justice is going to escalate things, creating bolder and more outlandish criminals like The Joker.

At least, that’s how I remember that scene going.

I’d watch it again the next time it’s on AMC to be sure, but frankly I don’t think I’d actually be able to follow the movie, if this past Sunday’s Mad Men is any indication.

Sadly, my viewing issues didn’t end there. Once on the channel, I was treated to frequent interruptions from AMC. Throughout the episode, at the bottom of the screen there was a crawl warning me that Mad Men and all of my other favorite shows would soon be going away because the evil bastards I pay money to to provide me with cable had decided to drop the network. And instead of simply running this text across the screen, which would have been obnoxious enough, AMC shrunk down the actual Mad Men feed so that the text ran against a black background, without any of that pesky show I was attempting to watch getting in the way.

And just in case I was too busy squinting at a now-shrunken Don or Roger to actually read their dire warning, AMC made sure to run commercials during every ad break telling me that they were being dropped by DISH Network and that I should send the company angry letters and/or switch to DirecTV. (Which I assume they wanted me to do right that second, since I couldn’t actually watch the show with all of the distractions.)

It goes without saying that all of this was incredibly annoying. What should have been my last uninterrupted hour with the gang from Sterling Cooper Draper Pryce turned into some weird pissing contest between the two companies broadcasting the episode. I felt caught in the middle of some weird war that I had no business being a part of. It all seemed so tawdry and unnecessary, like being at a dinner party where the host couple was arguing and being really passive aggressive with each other the entire time.

The barrage of commercials that ran all featured a website – KeepAMCNetworks.com. If that site can be believed, it looks like DISH Network is actually the bad guy here. According to the site, this all has something to do with a lawsuit between DISH and one of AMC’s subsidiaries called VOOM HD. The site says that “within days of the denial of DISH’s final avenue of pre-trial appeal, DISH informed AMC Networks of its intention to drop its award-winning networks.”

DISH, however, is claiming that it is dropping the network because of its low ratings and a general lack of interest from subscribers, which is complete bullshit. Shows like Mad Men and Breaking Bad may not get huge ratings, but they are critically-acclaimed and have loyal fan bases. And The Walking Dead is actually a legitimate ratings powerhouse, getting numbers that any cable channel would be happy with.

So it would seem that AMC is the one being wronged here and, as someone who enjoys their shows, I should be on their side. And I am in principal. However, I still don’t approve of their tactics. I totally get the commercials that ran during ad breaks urging me to check out their website and to contact DISH to complain. (Although I would argue that those promos were a bit too vague. Until I went to the website and read the information there, I assumed all of this was some sort of petty fight where the two sides were haggling over dollars and cents as they worked to get a new deal in place and that it would all work itself out once the two sides stopped posturing.)

I don’t support the crawl during the actual show though. Unless you are warning me about an impending hurricane or some other major breaking news story, you don’t need to shrink my show to run text across the bottom of the screen. It is horribly, horribly distracting and it prevents me from getting the one thing you are fighting for – uninterrupted access to your network.

I hope this all works out. I’m really looking forward to the new seasons of Breaking Bad and The Walking Dead later this year and would hate to miss them over some stupid lawsuit. But whatever happens, I just hope this escalating war ends. Neither side looks very good in this and all you are doing is putting your customers in the middle of a big messy feud that they have no business being a part of.

So get your shit together, DISH Network, and do what I give you money to do – provide me with the cable channels I want to see. And AMC, the only crawl I want to see from you is one on your hands and knees, begging my forgiveness for obstructing my view of Joan on Sunday.

Get it together, jerks. 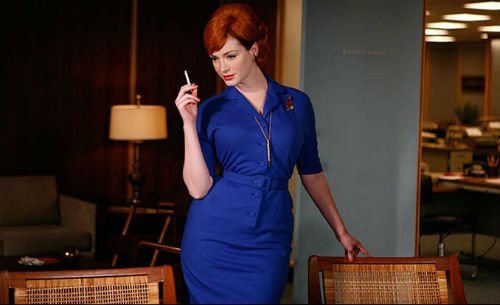