Accepting time travel, telekinesis and faulty hoverbikes in the not-too-distant future is one thing. But, by far, the biggest suspension of disbelief Looper asks of its audience is to accept the fact that 30 years from now Joseph-Gordon-Levitt will grow up to be Bruce Willis. If you are willing to accept that tall order, everything else in the film is smooth sailing.

Writer/director Rian Johnson gives Gordon-Levitt some subtle prosthetic on his face to help him more closely resemble Willis. And Gordon-Levitt does his best to adopt a gruff Willis-esque delivery of his lines. But it’s still quite a stretch. Luckily, the film is so well done that once you get past your initial “Come on,” you roll with it and just start enjoying the dense, absorbing head trip that is this film.

Gordon-Levitt plays a hitman (a.k.a. a “looper”) named Joe. All of his victims are sent back in time from 30 years in the future, during a brief era where time travel was invented, then outlawed, and is now solely used by gangsters to make their victims permanently disappear. Joe waits in a field for his victims to materialize – hands bound, head covered by a sack – then shoots them close range with a shotgun. The victims permanently disappear from the future, clearing the future mob from the risk of having any of their pesky bodies being found.

There’s just one catch – and it’s a big one. All loopers have to agree to to “close their own loop.” Meaning, at some point, the poor soul bound and blindfolded that materializes in front of them in the field is the future version of themselves. The mob does it in order to keep themselves from getting tied back to their hitmen. If all goes as planned, you don’t even know you are shooting your future self. And once you are killed, you collect a huge payday and officially retire from the life – getting to spend the next 30 years in peace until one day you are kidnapped and sent back in time to get killed by your past self.

That’s if it all goes according to plan. This film, of course, is about an instance in which it doesn’t. Joe’s future self (Bruce Willis), shows up in the field unbound and facing Joe. He gets a clear look at himself and hesitates just long enough for future him to escape. And this is where things get interesting.

Future Joe has found the love of his life and was living in peace until the gangsters showed up to grab him. His wife was his salvation and all he wants to do is to find a way back to her and to prevent this outcome from happening. Present-day Joe, however, just saw his best friend get savagely tortured after letting his future self escape, so all he wants to do is gun down his future self and set things right with the mob. The way he sees it, future Joe had his time, now it’s his turn to get to live the life of retirement he was promised. Then there’s Sara (Emily Blunt), a single mom living on a farm whose son might be the the key to changing the future because of who he will grow up to be. 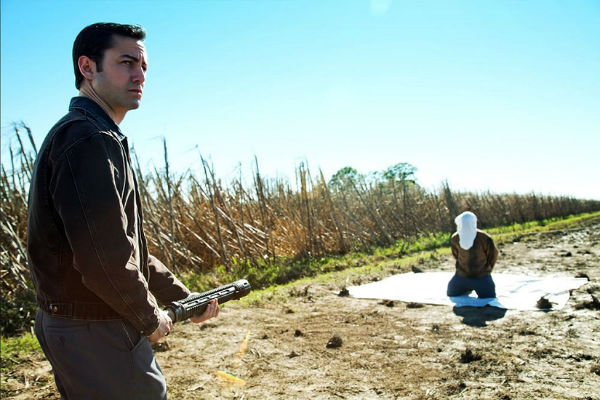 The whole thing is a wonderfully trippy ride. It’s messy. And Johnson and his actors do such a good job creating well-rounded, believable characters that it’s hard to even know who you are rooting for. All of these characters have convincing motivations for their actions and all of their actions are at odds with each other. So much of the films coming out of Hollywood these days tend to be painfully formulaic, but this is a film where you truly don’t know how it will end … or how you even want it to.

The other somewhat un-Hollywood thing Johnson does that I love is that he doesn’t talk down to the audience. He trusts that his viewers are intelligent people and gives them information without spoon feeding it. Time travel can be a tricky thing to explain, but he tackles the rules of his version of it masterfully in a single conversation Willis and Gordon-Levitt have in a diner. Everything else in the movie is presented in a very straightforward way that trusts you to pay attention to the plot. There is a lot of foreshadowing and subtle nuances to the story that are all woven in there as well.

It’s a unique take on a tricky genre. It’s also a beautifully shot and edited film. But at it’s heart, it’s a character study that examines our inherent selfishness versus our desire to protect the people that we love. Plus, it’s just a damn fun ride to go on. I highly recommend going to see it. 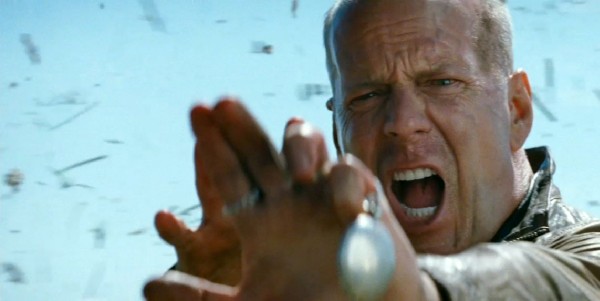