Lincoln is by far the best utterly forgettable movie you’ll see this year. It features solid performances by Daniel Day-Lewis and the supporting cast and it is well shot and paced, but it’s ultimately a bland, uninspired surface look at the most well-known portion of Abraham Lincoln’s life.

Steven Spielberg is an incredibly gifted director with a lengthy list of quality films under his belt. But he’s never been a terribly subtle director. Spielberg is essentially the Jay Leno of movie making.

In Lincoln, there’s not a lot of room for nuance or shades of gray. The good guys are all noble, the bad guys are all evil and the children are all precocious. There’s whimsical music when comedic moments happen and overly dramatic music when it’s time to get serious. Spielberg uses these heavy handed tactics because they work. The downside, though, is that it keeps Lincoln from ever resonating on anything other than a surface level.

Also, for some reason Spielberg chose to focus on a very brief portion of Abraham Lincoln’s life. It’s not a traditional biopic giving us an overview of the man’s entire existence. Instead, it only focuses on the President’s efforts to pass the thirteenth amendment to the Constitution (abolishing slavery) and end the Civil War.

The one interesting wrinkle Spielberg throws into the film is the underhanded tactics Lincoln had to use to get the amendment to pass. The President had to make deals with lame duck democrats who would normally veto the bill, promising them cushy political appointments if they supported him. A trio of shady characters, led by James Spader’s W.N. Bilbo, are appointed with the task of greasing the wheels with these lame duck democrats.

It’s an intriguing subplot to add since that’s not something you typically hear about. American history books aren’t going to mention the backroom deals that Lincoln had to make, so it’s fascinating to see Spielberg acknowledge them. It’s also interesting to hear the fictional Lincoln justify this decision by looking at the greater good. However, as intriguing a subplot as this is, Spielberg never really delves too deeply into the moral implications of it and instead mainly uses Bilbo and his cohorts as comic relief.

The rest of the film covers well-worn Lincoln territory. Most of it is cobbled together from the typical things we all know about Lincoln. A lot of the President’s dialogue is even directly quoted from Lincoln’s writings or things he’s on the record saying. 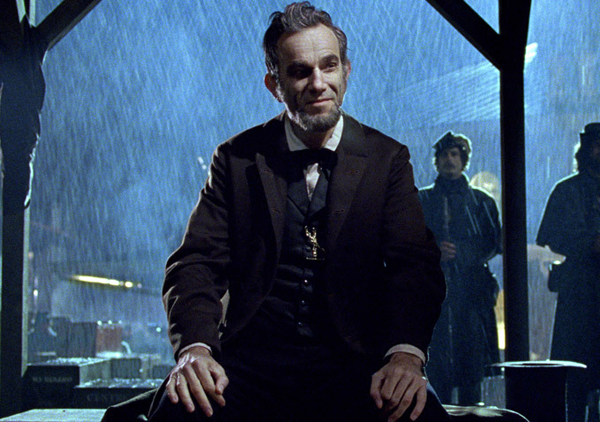 Daniel Day-Lewis’ performance is utterly brilliant though. Day-Lewis may just be the best actor out there today and every moment that he is on a movie screen is mesmerizing. Physically, he and the makeup crew absolutely nail Lincoln – he looks like a penny come to life. He also adds in the awkward mannerisms of being a freakishly tall man with incredibly long extremities. Day-Lewis creates a very lovable version of the President – somehow making him both charming and slightly awkward at the same time. He’s quick to joke or to tell a story, which sometimes can be reassuring and other times can cause those in the room to roll their eyes.

Also, instead of the baritone register we are used to hearing on-screen Lincolns speak in, Day-Lewis adopts a higher pitched voice, which is more in line with the way historical records describe him sounding. The voice works – it’s subtle enough to never be distracting. (Although, admittedly, it would have been fun to hear Lincoln sound like Daniel Plainview.)

The rest of the cast is solid, with one notable misstep – Sally Field. Field plays Mary Todd Lincoln and, while attempting to make her sympathetic, comes across as shrill and overly dramatic. Worst of all, late in the film Field has a lengthy speech that is essentially aimed right at the audience (to the point where you almost expect her to look directly into the camera while saying it), where she says that history is likely to remember her as being crazy, but that’s an oversimplification and they should consider the stressful times she lived in before judging her too harshly. In a film that isn’t terribly subtle to begin with, it is a very forced and entirely unnecessary moment.

Still, problems aside, it’s a solidly made film. Even though Spielberg isn’t interested in nuance and he’s covering a portion of Lincoln’s life we all know well, somehow he still manages to make the climax feel satisfying. His cinematic tricks may feel a bit creaky and obvious, but he sticks with them because they work. So, in spite of myself, I still found the moment when the thirteenth amendment was voted on to be a rather moving one.

Lincoln won’t change your life. In fact, you are unlikely to remember much about it (outside of Day-Lewis’ performance) the next day after seeing it. But, like eating at McDonalds or watching Jay Leno’s monologue, if you have a specific craving for this sort of thing, even if it’s ultimately underwhelming, it will certainly satisfy it. 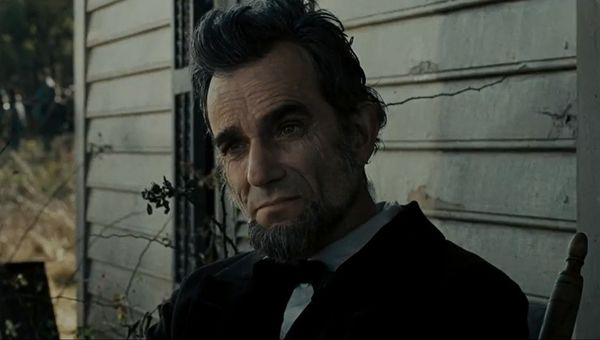