I’ve been excited about Netflix’s new show House of Cards for quite some time now.

For one thing, I’m a big fan of David Fincher. (So big, in fact, that when the news of Star Wars VII broke, he was my first choice to direct.) And the show is being filmed here locally in the Baltimore/DC area, which I always find cool.

Plus, there’s the fact that this is Netflix’s first big foray into original programming. They snagged the rights to the show while it was being shopped around to cable networks like HBO, Showtime and AMC. It’s an intriguing gamble for Netflix and one that has the potential to change the television landscape forever. (Which – let’s face it – is already changing thanks to Netflix, Hulu and other online outlets, it’s just unclear at this point what the future will hold.)

So, needless to say, I was very excited about last Friday’s debut of the show.

… And now, all of that excitement has faded.

That’s because the season is already over. Netflix decided to release the entire season at once, making all 13 episodes available to subscribers immediately.

On one hand, this makes sense since that is Netflix’s established model. Most subscribers use the online site to binge view TV shows, plowing through entire seasons in one sweatpantsed, Cheeto-stained weekend. As anyone who has done this can tell you, it’s a very decadent and instantly gratifying way to catch up on good TV. And you end up picking up on more details than you normally would when viewing the shows all in a row in a short time span.

But even though this has been Netflix’s approach to other people’s TV shows, I think it is a mistake to release a new show that way. Binge viewing is a way to get caught up on television shows. I’m not convinced it is the right way to view new episodes though.

It robs people of one of the best feelings you get watching television – anticipation. There’s nothing better than watching a great episode of a TV show that ends with a gripping cliffhanger. Who doesn’t love wondering what comes next?

One of my favorite television moments ever was Michael Emerson’s memorable “You guys got any milk?” speech in season two of Lost. That was the moment that absolutely made Ben Linus. Having the “Thonk” hit right after that and the credits begin rolling was pure bliss. I spent so much time the following week discussing it with my friends and wondering what would happen next.

Likewise, I still vividly remember the season three episode of The Wire where Stringer Bell confesses what he did to D’Angelo to a recently-paroled Avon Barksdale. The two men begin fighting and Stringer gets the upper hand on the recently-injured Avon. The episode ended with the two staring at each other with pure hatred in their eyes. It was the culmination of three seasons worth of stories and, in my opinion, it was the absolute pinnacle of The Wire. You knew things would never be the same after that. And you had seven whole days to speculate where the two men would go from there.

While both of those moments would be enjoyable when binge watching those two series, the impact is a bit lost when you can fire up the following episode and find out what happens next two seconds later.

Everyone loves the convenience of watching things when you want to watch them. But equally as great is that sense of community you get discussing your favorite shows with friends and coworkers.

Wherever Lost ends up landing on the all-time best shows list and whatever future generations who binge view it online think of it, what I will remember most about the show is all of the endless speculation of what it all meant and where the show was headed. My entire friendship with Chris Kirkman was formed by talking endlessly about the show. And his Down the Hatch recaps are one of the best things that has ever run on this website. If every season of Lost was released in one day, it would have robbed us and every other fan of the most fulfilling part of following that show.

Plus, it seems counterproductive from a business standpoint. I would think the point of having House of Cards would be to bring new subscribers to your service. Why give them the show all at once when you could string the episodes out over 13 weeks, getting three months of subscription fees out of people?

On top of that, it keeps your show from ever getting any real buzz. Once everyone binge views House of Cards in a weekend, that’s it. I saw a lot of previews and articles about the show in the week leading up to its premiere. But now that the season is over, no one has any reason to talk about it until the next season is released. You are putting a lot of energy into a show that only pays you back with one day of notoriety.

Netflix needs to learn the art of the tease. It’s like dating. You can’t give it all up on the first date, otherwise all of the mystery is gone. The thrill is in the hunt and in the anticipation of what comes next. The joy is in the tease.

Stop being such a slut, Netflix. Next time around, make us work for it a bit more. Trust me, we’ll love you more for it. 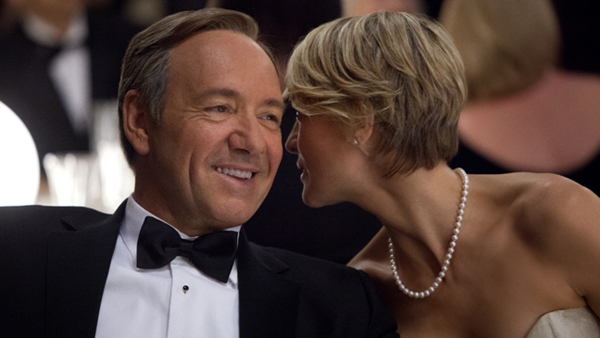