It’s safe to say that I have mixed feelings about St. Patrick’s Day.

On the one hand, I am Irish, so it’s nice to see all the love for my people, even if our culture is essentially reduced down to leprechauns, wearing green and drinking heavily. As someone who named his pop culture column Murphy’s Law, I don’t think I’m in any position to judge someone else for commercializing my heritage. Besides, I like any excuse to listen to the Dropkick Murphys and watch Boondock Saints for the millionth time. And corned beef and cabbage is delicious.

But on the flip side, St. Patrick’s Day is kind of a train wreck. It’s essentially amateur night. A bunch of people who don’t go out to bars (and probably shouldn’t) start doing Irish car bombs to start the evening and the rest of us have to avoid them and their trails of discarded beads, crushed plastic hats and bright green puke as we try to buy an overpriced shot of Jameson at an overcrowded, understaffed bar.

Besides, it’s Monday, there’s half a foot of snow on the ground and I’m old. I’m perfectly content to sit at home today and watch How I Met Your Mother. I don’t need to be out there wrestling 22-year-olds for valuable bar space.

My first year in Boston, some friends and I actually went out to a Mexican restaurant on St. Patrick’s Day just to avoid the crowds. It was pretty perfect actually. I was in perhaps the most Irish city in America celebrating the holiday in a relatively quiet place with chips and salsa, some Dos Equis and a quesadilla. I think my ancestors would be proud.

I did go to the big St. Patrick’s Day parade earlier that morning, which was a decision I instantly regretted. Somehow I thought my pride in my people would magically outweigh my hatred of large crowds, but alas it did not. Ten minutes in, I was ready to go full-on Richard Kimble and start marching in the parade itself just to get away from the unwashed masses (my metaphorical Tommy Lee Jones).

However, I may have officially had St. Patrick’s Day ruined for me forever the following year. I had been unemployed for four months and wasn’t having a lot of luck finding a job. Then, on March 16, my fiancé and I had a long talk about our relationship that went into the early hours of the 17th. Sometime around when the sun was rising, we broke up. And I found myself single, unemployed and essentially homeless. The luck of the Irish, I suppose.

I moved back to Virginia, went back to school to finally get my bachelor’s degree and got my life back on track. (For the most part – I’m still not entirely sure what I’m doing with my life, but I’m at least gainfully employed and on some type of path.) I hold no ill will toward my ex, the city of Boston or St. Patrick’s Day.

But I also still have absolutely no desire to go out and fight the crowds. Though, if I’m being totally honest, I do have a craving for Mexican food.

If you do go out though, have fun. Just try to keep it down, some of us have work in the morning, you jerks. 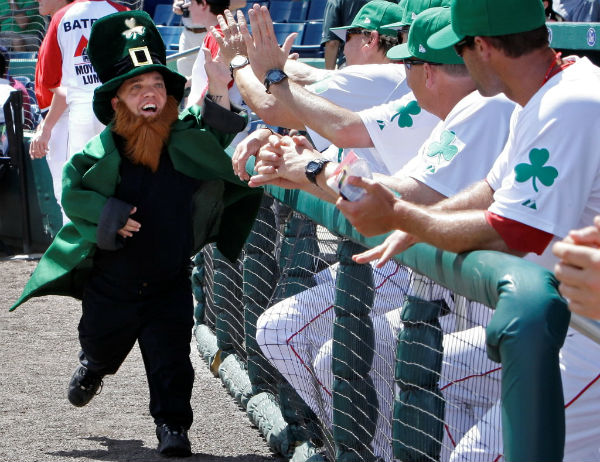