I know some of you loved the way How I Met Your Mother ended its nine-year, 208-episode run. Others, like me, found the whole finale off-putting. And some of you are likely still trying to decide how to feel. (Good luck with that.)

But today, I’m not here to talk about whether or not Ted and Robin should have ended up together. I’m not here to talk about the creative decision to kill off The Mother after building such mystique about who she was and how she met Ted. I’m not even here to discuss Carter Bays and Craig Thomas giving us one last big twist in a show that has been full of them over the years. (A twist that, because of the use of the footage of the two children shot back in 2006, we now know was planned all along).

Instead, I want to take a step back and, knowing what we know, look at the narrative structure of the show. I want to examine future Ted Mosby’s talk with his children at face value. Let’s look at what Ted has been doing over the past nine seasons, which in show time adds up to countless hours of his children’s lives.

These two kids lost their mother six years ago. Over those six years, they’ve been dealing with that loss. And, before that, they clearly had to deal with her suffering from a prolonged illness. They had to see their mom in a hospital, hooked up to tubes and machines, and watch the woman they love slowly wither away. Six years is enough time to move on as best you can, but I have to imagine that’s not something you ever really get over. Not really. Not completely. How could you?

So we can safely assume that in those six years, Ted has never told his two children how he and their mom met. It also apparently never came up while she was alive. So naturally, they are curious, but the emotions are still raw, so they never ask and Ted never offers.

Then, one day, he sits them down and begins to tell the story of how he met their mother. Only it turns out to be a long, rambling tale about the nine years before the two met. His story focuses on the antics of Ted and his closest friends and his longing for Robin Scherbatsky, a former teen pop idol and news anchor who Ted briefly dated before he ever knew their mom.

At the end of this shaggy dog story, he finally gets around to how he met her, but he essentially glosses over it so that he can move on to the crumbling of Robin and Barney’s marriage and the years that followed with Robin nowhere in sight. And, at some point, it dawns on these poor children that all of this has just been Ted’s roundabout way of getting their blessing in dating “Aunt” Robin.

First of all, man the fuck up, Ted. You mourned your wife for six years. I’m not judging you for attempting to move on and to date someone else, especially someone you have a deep connection with. But you owe it to your kids to be direct. They’ve been through a lot. And sure they want you to be happy, but it is needlessly emotionally-manipulative to trick them into the conversation under the promise of sharing a cute story of how you met their deceased mom.

Secondly, let’s take a moment to think about the repercussions of your little chat. By sharing the nine years before you met their mom, in which you dated a string of different women while pining after Robin, you’ve forever altered their perception of your relationship with their mother. Now they know that the weekend you met her, you were still in love with Robin and were considering wrecking her wedding to someone who was supposed to be your close friend. And somewhere, in the back of your mind, you had feelings for Robin the entire time you were with married to her. And she had feelings for you too.

I hope that architecture career has been lucrative, Ted, because you are going to need a lot of cash to pay for your kids’ therapy bills. Sure, they seemed remarkably supportive of your decision to date Robin in the finale, but as they get older and get in meaningful relationships of their own, I have to imagine the toll of their mom’s death and their dad’s secret, decades-long crush on their “aunt” (and the ex-wife of “Uncle” Barney) has got to do some damage. I feel bad for whoever they end up dating because they are in for a metric ton of baggage.

I have to imagine that the kids will at some point reach the same conclusion I reached during the finale – that their father is a self-centered, manipulative douche who never really deserved their mother. (Not that he cares, apparently, since it’s clear now that she wasn’t his true love.)

I just hope they don’t end up taking to heart the lesson that Ted (and the show) clearly is trying to present from this long, winding story: that the way to get the girl of your dreams is through manipulation.

Fuck you, Teddy West Side, for manipulating your kids and wasting all of our time. I really hope your relationship with Robin helps you get over the loss of your wife, ol’ what’s her name. 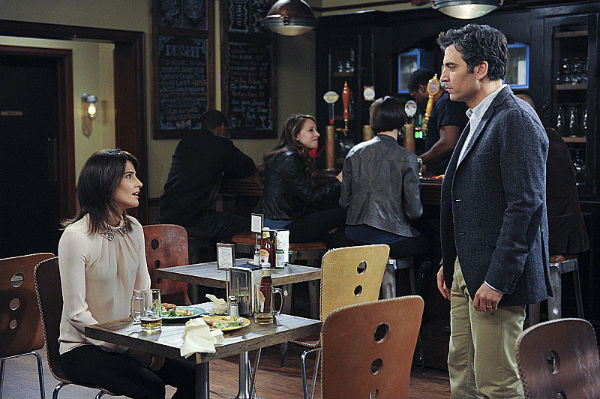