Through seven seasons of How I Met Your Mother, the once lovable dating antics of the main character Ted Mosby have grown stale. Many viewers are left rolling their eyes and saying, “I wish he would just meet her already.”

We watch season to season, date to date, wondering if each paramour will be the one that lasts, trusting the voice of Bob Saget telling us it will all make sense. The once lovable antics of a young 27-year-old single man in the city once could be laughed off as mistakes you get to make in your youth are now the douchy acts of a 34-year-old man being outshone by friends.

I would agree with those of you who hold that opinion completely, if it wasn’t a metaphor for my life.

I am Ted Mosby. Despite having a better rack, I am in the exact same position. I reached a point in my life where my friends all got married and are now having children. As I listen to their stories, I know I am not anywhere close to being in the same position they are. I read novels or go out to eat while they read children’s stories and bake cookies. I try a new bar that just opened in town while they tour day care centers and nursery school. The laughable stories I have about horrible first dates are the same I could have told five years ago are now foreign to my friends. Now light years ahead of me, they listen, roll their eyes and wonder when I’ll meet the one already. It’ll just happen when it happens, right?

For many people, you reach a point in adulthood when you just want to meet your partner already. Everyone tells you it will happen when it’s supposed to. Or they assume you aren’t trying hard enough or dating enough. Each year you keep getting older and instead of finding the great love of your life, you keep ending up with dates who aren’t right for you, no matter how much you think they are or want them to be. People start to assume you’re too picky or too self-centered while you go on dates whose name you won’t remember by the next episode.

You know exactly what you want and just haven’t found it yet, but all you want to do in the world is settle down with the one already. People start to wonder what is wrong with you while you’re friends lives lap you while you are stuck running in place. You start to be the least interesting character in your own life story.

Season seven of How I Met Your Mother has shown very little of Ted, letting its supporting characters advance light years faster than they have in any other season. Marshall and Lily are going to be parents any minute now. Although they were fortunate enough to meet early in life, the gang was able to stay together because they were all still transitioning into adulthood. Marshall finished law school, Lily found herself in art school and they had a memorable wedding. Followed by a grown up apartment and briefly a house in the suburbs, securing them spots as officially adults.

Our lovable self-proclaimed confirmed bachelor Barney tried to settle down with not only two recurring characters, but also rekindled feelings for Robin briefly, including almost getting her pregnant. Not only has Barney flourished with three potential women who are perfect for him, but he has done so without trying. At all. He’s stumbled upon them and even at times pushed it away as hard as he could for love to only shoot right back at him tenfold. Rubbing salt into an already open wound, it was revealed that Barney not only finds love before Ted, but he most likely will even get married long before as Ted supposedly meets the one at Barney’s wedding.

Robin’s character had a somewhat somber season after discovering she can not bear children, but has also been more empowered this season. She has been in control of her fate, turning down three men on their knees who would have given her all they had. Barney, Ted and Kevin all proposed to and were rejected by Robin in one season.

And then there is Ted. Does anyone remember anything interesting about Ted at all this season? I would dare say his most memorable episode is when an old girlfriend tells him indirectly to grow up and cut the shit. Hell he even had to admit to himself the great love of his life Robin is better suited for his best friend. Ouch.

I don’t have an old dirty comedian assuring everyone that one day I will finally meet someone and it will all make sense, but if and when I do, I promise not to tell my children about seven plus years worth of chicks I banged. (I’ll save that for the grandkids.) But until then cut Ted some slack. 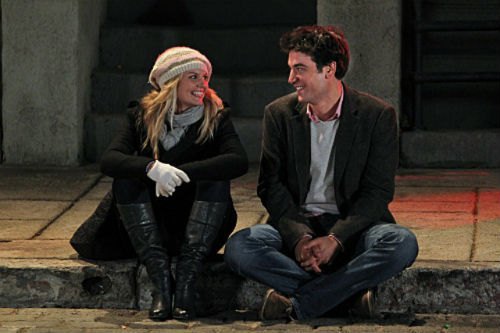