The nice thing about Kickstarter is that its a fairly straightforward way to raise money for your project. You make a sales pitch directly to the people who will buy your product and, if they like it, they donate. If they don’t, you don’t get funded. It’s supply and demand in effect.

Thanks to Kickstarter, we know that people want Oculus Rift, the 3D headset that raised $2.4 million on the site, then turned around and sold the project to Facebook for $2 billion so that we can all someday play Farmville and ignore our relatives’ friend requests in glorious 3D. We also know that people want more Veronica Mars in their life. And, surprisingly, they also want Zach Braff to continue directing movies with emo soundtracks.

When I first saw the story, what I pictured was the end of The Naked Gun, with someone pressing a fob that signals a brainwashed person to grab a gun and attempt to kill the queen of England. But luckily (or perhaps, disappointingly), Zabosu wasn’t seeking to create futuristic killing machines that only Enrico Palazzo can save us from. No, instead, I should have been picturing the surrogate from Arrested Development who wore a camera on his head so that the incarcerated George Bluth could see and communicate with his family.

According to The Washington Post, this is how it would have worked:

A person called the ‘zuk’ acts as a physical stand-in for another individual. [Creator Karl] Lautman envisions uses for sight-seeing, tech help and remotely attending events. Can’t afford to see a tourist attraction, college campus or concert on the other side of the world? Then you could pay an estimated $20 or $30 an hour for someone to go in your place as you watch through their eyes online from the comforts of your couch. The hired individual streams video of their surroundings online. And the duo communicate via an earphone, so requests and commands can be made.

Lautman elaborated on the idea by saying, “I thought it would be neat if you could tell other people what to do and they sort of become your puppet and extension to you out into the world. It was just sort of crazy enough that other people would have other ideas even better than I could.”

Pretending for a second that this wouldn’t primarily be used by people paying to watch someone else have sex, the problem with Lautman’s idea is that it’s incredibly one-sided (and creepy, but mostly one-sided). Sure, it might be “neat” to make someone else your puppet and to boss them around as they walk around a street in Paris you might otherwise never see. But what wouldn’t be fun would be to be the poor schmuck living in Paris who has some guy shouting in his ear, “Turn down that street. The one on the left. THE LEFT! No wait, sorry, I meant the right … Ooh, is that a dog? Go back. Look at the dog. No, not that dog, the other dog. The brown dog! No, behind you! TURN AROUND! COME ON, YOU’RE MISSING IT! THE DOG! COME ON YOU IDIOT! … oh look, is that the Eiffel Tower?”

And going to a concert is already chaotic enough. It is loud and crowded and usually smells like weed. I couldn’t imagine going to a concert I had no interest in seeing with a camera strapped to my head and someone trying to shout in my ear over the loud music to go in the mosh pit so that he can see some drunk brodog throw an elbow at me.

Lautman hasn’t given up on his creepy dream though. According to him, they shut down the Kickstarter in order to regroup and try again at a later date. “We just felt if we weren’t gaining any traction it would be better for us to pull it down and relaunch at a later day than have it fail outright,” he said. 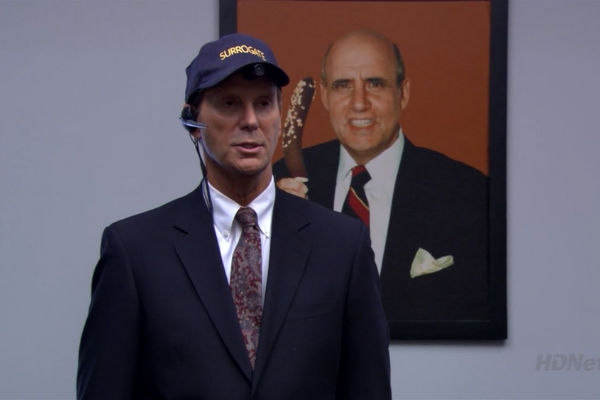