Yesterday, Veronica Mars creator Rob Thomas and star Kristen Bell made an interesting gamble – they turned to the crowd-funding site Kickstarter to raise money for a proposed Veronica Mars film.

Fans of the cult hit show have been clamoring for a film ever since it went off the air, but the studio (Warner Bros.) has expressed little interest in making that dream a reality. So as a last ditch effort, with Warner Bros.’ blessing, Thomas turned to the fans themselves to raise the cash. With a variety of donation tiers that offered rewards ranging from a digital download of the film (for $35) to a walk-on role in it and a ticket to the red carpet premiere (for $10,000), this was the largest and most ambitious Kickstarter campaign ever launched.

Thomas was looking to raise a minimum of $2 million. (Anything above $2 million, he explained, would give him the budget to make a larger-scale and more entertaining film.) He gave fans a month to raise the funds.

They met the $2 million goal in just 12 hours. At the time I’m writing this, the total currently stands at over $2.5 million.

The Veronica Mars movie will happen now. And it never would have happened if we weren’t living in a brave new world of social media and crowd-funding.

I’m just not sure who it’s a victory for.

On the surface, the big winner seems like the fans. They were able to show support for something they loved and make it clear to the studio that there was an audience for this film while feeling like they were involved in the filmmaking process. Everyone who donated cash can take a little ownership in the project. Together, they made this happen.

The optimist in me wants to believe this is the dawning of a new day. This gives hope to other canceled, but beloved shows that they too may find a second life on film. Everything from Firefly, which already had one film after the series was canceled (Serenity) but has only continued to grow in popularity in this new Internet age, to Terriers, which only had a small, but fiercely loyal fanbase (which includes yours truly), could potentially raise enough cash to give fans more of the characters they love.

But the cynic in me sees this only as a win for the studio that owns Veronica Mars – Warner Bros. In a perfect world, this unprecedented accomplishment would change the way Warner Bros. does things for the better. It would make them realize that they canceled Veronica Mars too soon and perhaps in the future would convince them to give other shows with loyal fanbases that are struggling in the ratings a second chance.

This could be a new golden age for television and movies. Other studios could learn from this too. Community could bring back Dan Harmon and actually give us all six seasons and a movie. Cougartown could have more seasons than Scrubs.

But I fear just the opposite will happen. Warner Bros. sat on their hands, doing absolutely nothing to make this Veronica Mars movie happen. It happened in spite of them. And yet, they stand to reap all the financial rewards. They own the show, so they’ll profit the most from the eventual film.

What they, and other studios, could learn from this is to take less chances. They could learn to force fans to put their money up in advance to save every show they love. Essentially, people are betting on the potential of a Veronica Mars film. Even if it’s terrible, they’ve already paid in advanced to see it. And if they want to go to see it in a theater, they’ll have to pay for their tickets. Even if it becomes a huge success, the fans who donated cash aren’t entitled to any of the film’s profits.

I’m also not sure what this means for the little guys out there. I’d like to think this Veronica Mars film could pave the way for other crowd-funded theatrical releases. But this model only really worked because people were already familiar with (and incredibly fond of) the characters. I’m not sure that people would be as willing to put up cash if it were an unproven director with unknown stars who just happened to have a brilliant idea. Maybe this model only works for proven franchises that were canceled before their time.

I’m not taking anything away from the success of the Veronica Mars Kickstarter campaign. I think it is a very cool thing and I hope it does change the way that movies and TV shows are made. Maybe this Kickstarts the revolution.

But for now, I’m remaining skeptical. After all, that’s what Veronica Mars would do. 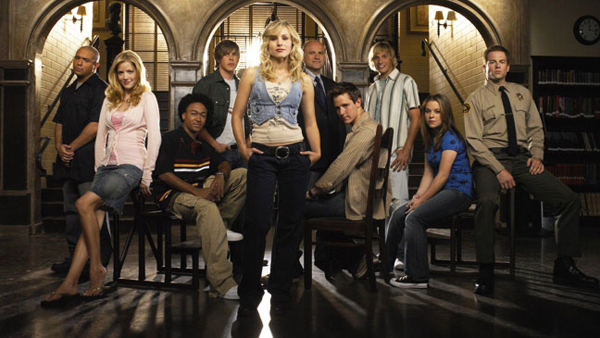