If you missed the memo, Netflix has ordered a season of a little diddy called Fuller House: the sequel to the classic from my childhood, Full House. I don’t even know if I’ll watch it … just from the trailers, I’m already oh-so-sick of much they used “how rude” and I think they are relying way too heavily on Kimmy’s weirdness for all of their humor. But that being said … I’m obviously going to honor this with a recipe. But first, I want to honor it with my predictions of how everyone has turned out after all of these years.

DJ Tanner: Donna Jo? More like Danny Jr. Amirite? DJ is obviously replacing Danny in the situation, but my prediction is that she actually murdered her husband. It’s Netflix, I’ve watched other Netflix Original Series. They get pretty damn dark sometimes.

Stephanie Tanner: Obviously the most well-adjusted Tanner, Stephanie is a no-nonsense woman with her eye on her career. She has made the decision to not have children and is constantly dodging the barrage of questions: “Oh, so you don’t like children?”, “But you will when the right man comes along, right?” and “But who’s going to take care of you when you’re old?”

Michelle Tanner: Obviously a crack head and prostitute (who’s signature is telling clients, “You got it, dude!”), the others have all had their separate falling outs with her based on money, drugs and lies.

Kimmy Gibbler: Just seeing how much of a clown they are making her, I know the formula has not changed. I do like to hope some depth comes to her character though. She does have a daughter. I am predicting that she came out to her fiancé as bisexual when she was pregnant. He got upset and left her. She’s been raising her daughter alone ever since.

That’s why, this week’s recipe is a song for the clown. The Kimchi Gibbler (Goes Both Ways) is based off of a college experience I had. (Not one in going both ways, pervs.) A bagel sandwich from a shop called Bagel Street Deli in Athens, Ohio. It was a vegetarian sandwich with cream cheese and lots of veggies. I’ve taken the idea of that and Kimmified it. I couldn’t nail her personality down to one trait. So just like there is a sweet Kimmy and a Cheesy Kimmy, we have a sweet option and a cheesy option. You may be genetically inclined to like one or the other, but maybe you’d enjoy both sandwiches … 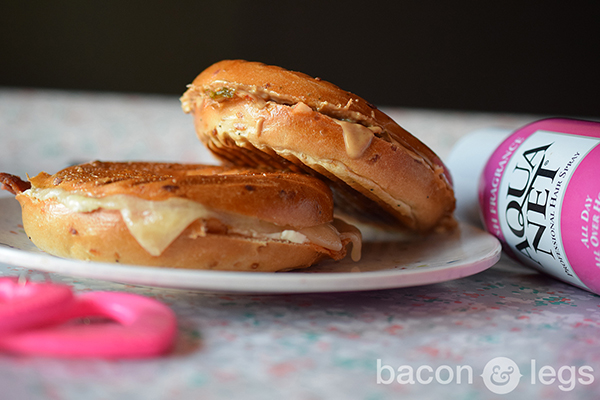 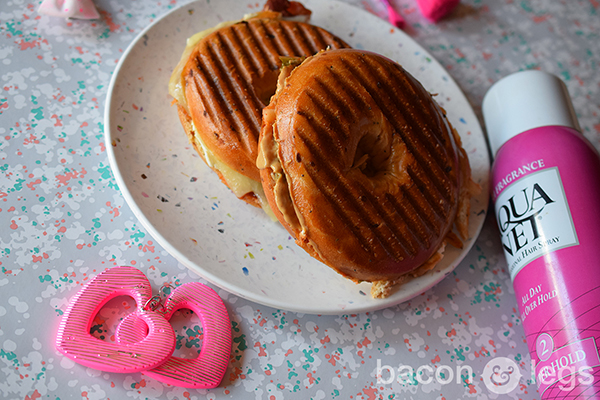