Game of Thrones has always been tough to neatly fit into a genre. It’s an epic fantasy and a political thriller. It’s set in a very grounded world, but there are zombies, dragons and sorcery. But perhaps there is a simple category for it: Oedipal tragedy.

As a quick refresher: Oedipus Rex is the story of a Oedipus, who, as Wikipedia succinctly puts it, “accidentally fulfilled a prophecy that he would end up killing his father and marrying his mother, thereby bringing disaster to his city and family.”

Similarly, in Game of Thrones, we have Aegon Targaryen, an heir to the Iron Throne conceived in a secret union between Rhaegar Targaryen and Lyanna Stark. As “Robert’s Rebellion” was launched in order to remove “The Mad King” Aerys Targaryen from power, Ned Stark discovered his sister Lyanna in the Tower of Joy with the newborn Aegon. He took the baby from her arms as she was dying; deciding to raise the child as his own.

When he returned to Winterfell, he knew the child would be in danger if his true linage was known. So he came up with a cover story; claiming Aegon as his bastard son and renaming him Jon Snow.

Ned died without telling Jon who he actually was. Presumably, he did this to protect him. However, like Oedipus’ parents, in doing so, he set off a chain of events that would allow this tragedy to unfold. That’s how Aegon ended up in bed with his aunt Daenerys. It’s also how the Night King ended up with one of her dragons; which he used to finally tear down the wall Jon swore an oath to protect.

I’m not sure if this is what George R.R. Martin intended, but viewing the events of the series through the lens of a Greek tragedy has me excited for the endgame. I know many of you “ship” Danny and Jon, but it hasn’t really clicked for me. However, if their union is meant to lead to their downfall, I could totally be into it.

It would also help to explain the utterly bizarre decision to intercut Bran and Sam piecing together Jon’s lineage with shots of him having sex with his aunt.

Perhaps I’m just hoping there is still a grand plan for the series that will blow us all away. After this season, I’m starting to have my doubts. “The Dragon and the Wolf” was the culmination of a shortened season that seemed poised to finally deliver on everything fans had been hoping for (season six ended with Dany and her army finally sailing to Westeros), but ended up giving us lazy writing and people acting out of character in ordered to get us to this specific endpoint.

Even with the accelerated pace, how different are things now than they were at the start of the season? Cersi took down a few of Dany’s allies and Dany got a definitive victory of the Lannister army, but nothing really changed in the grand scheme of things. Jon bent the knee to Daenerys, but that news hasn’t even gotten back to the North yet, so we’re yet to discover what the fallout from that will be. In a season where things moved so quickly that it felt like a lot happened, when you take a step back, not much really happened. 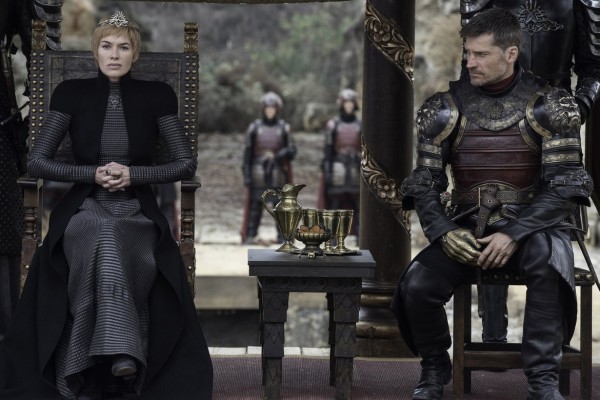 There were individual moments I liked throughout this finale, but overall I had many of the same problems with it that I’ve had with the season as a whole.

I enjoyed much of the meeting at the dragon pit, but it was hard to get past the foundation that got us there. I liked the show getting back to people making political moves and scheming, but ultimately the episode spent a lot of time on these “negotiations” only to have Cersi lie to Dany about joining the fight. So basically, Dany lost a dragon and a handful of men on a mission to capture a wight that was ultimately a giant waste of time and resources since, in the end, they’re exactly where they started. (Except now the wall has come down, which again works if this is meant to be a tragedy, but makes our heroes look pretty stupid otherwise.)

I also enjoyed Littlefinger’s downfall in Winterfell, but only if I watch this week’s episode in a vacuum. Pitting Arya and Sansa against each other seems to have solely been intended as a “bait and switch” for the audience, which only works if their conflict is believable and makes narrative sense. Both Arya and Sansa seemed incredibly stupid for buying into the contrived drama, so it’s not a good fakeout if they sold out those characters to get us here. Also, there was no attempt to explain what their “plan” was or why they needed to fake fight to achieve it. Sansa already knew Littlefinger killed Lysa and Bran was fully capable of filling in the rest of the gaps, so why the need for the long con?

That being said, the scene itself was fantastic. I loved the full range of emotions Aidan Gillen displayed as he looked for a way out of the situation. And Arya unceremoniously slitting his throat was perfect.

I thought, overall, the show has done a better job with Theon’s arc this season. His conversation with Jon and his plan to rescue his sister put him in an intriguing position in the final season. I thought they did a great job staging his beach brawl in a way that felt fairly believable while giving him a much-needed win.

Much like the season as a whole, I have very mixed feelings on this episode. There were individual moments I enjoyed a lot, but it feel like a fairly anticlimactic finale that used a lot of lazy writing to get us to necessary endpoints. It seems like, after years and years of spinning wheels, the show is finally poised to deliver us six final episodes full of the battles we’ve been waiting for, but that’s how I felt watching Dany’s men sail across the ocean a year ago. And, after a rocky season 7, I’m now less confident in their ability to deliver a satisfying conclusion to this epic story.

Perhaps that will be the real tragedy. 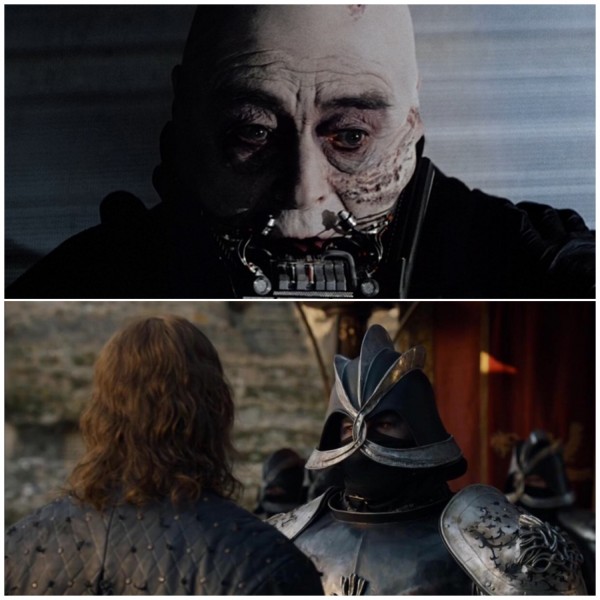