One of the great things about this country is our constitutionally-protected right to peacefully assemble and to voice a dissenting opinion when we feel like things need to change. The 1960s and 70s are practically defined by protesting (and free love and lots of drugs, but that’s beside the point), which lead to shifts in the nation’s values and our citizen’s freedoms.

It’s starting to seem that protesting is a lost art though. With two notable protests going on today (one that has been going on for quite some time), the spirit of the 60s and 70s may be alive and well, but the message is getting muddled.

If you have been following the news lately or if you have gone to sites like Reddit or Wikipedia this morning, you have no doubt noticed that there is an “Internet blackout” taking place to protest the controversial “Stop Online Piracy Act” and “Protect IP Act,” two proposed bits of legislation that – if I’ve been following this correctly – give the government the power to knock down the door of everyone with a website that they disagree with, punch our grandmothers in the mouth and lock us all up in a windowless cell on whatever remote island they are using now that Guantanamo Bay is shut down.

SOPA and PIPA certainly sound like scary stuff that could open the door to widespread Internet censorship. I’m glad some of the big names out there are doing their part to spread awareness. I just wonder if shutting down their sites is really the right way to go about it. I’m not sure anyone in Congress knows what Reddit actually is, so I somehow doubt they’ll even notice that the site is out of commission today. All they are really doing is punishing their readers, who would no doubt side with them anyway, and costing themselves quite a bit of money in lost advertising revenue.

And while certainly more people use Wikipedia, I’m not sure how much good shutting it down will do either. Sure, there are probably quite a few high school students cursing their inability to do all of their “research” for that paper that’s due tomorrow at school that they haven’t even started yet and probably a few celebrities who won’t be able to go on and see what questionably-sourced things people are saying about them, but I think we will all survive one day without the site.

One site that could have screwed us all by shutting down is Google, but they instead elected to simply black out their logo and provide a link to information about SOPA and PIPA. I think this is actually the best way to go about things. If everyone redirected their homepages today to give people information on how to let their Congressman know they are displeased with these bills, that would do a world of good. They could even do it all month or until these bills actually died, instead of just for one day.

[I am far too lazy to figure out how to make my site do that, but I will say you can go here to learn more information about these bills and to find out how to contact your local representative.]

Shutting your site down to stop the government from being able to shut down websites seems counterproductive. And it just seems like the people being punished the most are the regular people who use your sites every day. We should figure out better ways to organize the masses and stop this thing. Or, at the very least, we should have gotten Twitter in on this shutdown plan so that shady Congressmen couldn’t send photos of their dongs to women for a day. Then maybe we would have hit them where it hurts.

Still, while I think today’s protest is a bit misguided, I do think these sites are doing a better job than the Occupy Wall Street crowd. What started as a mass gathering to voice displeasure over corporate greed has turned into a smelly group of homeless people hanging out in tents and dancing in drum circles. And now, as the weather gets colder and they deal with rat infestations and other hygiene problems, it seems like they are punishing themselves way more than they are sticking it to the man.

Also, what exactly is their end game? I know that they think the class system in this country is out of whack (which it is), but what exactly are they hoping to have happen? When will they know that they’ve won and be able to go back to their homes? Like I said before, I think the message has been muddled a bit somewhere along the way.

Besides, even if they had a clear goal, how exactly is the Occupy movement supposed to make a difference? I’m pretty sure most of the one percent are highly skilled at blocking out dirty homeless people on the street, so why would they pay any attention to these crowds? It’s not like they are showing up in front of country clubs or on the docks where these guys keep their private yachts. When’s the last time a corporate fat cat actually hung out in a public park anyway?

I think, in both cases, that these protestors hearts are in the right place. I respect their right to voice displeasure in things that piss them off and I think that in both cases they have valid arguments. I just think their actual methods of protesting need a little work.

But, if you disagree with me, I certainly understand. I just ask that if you have a problem with anything I said in this column, that you object to it by shutting off your Internet connection and heading out to a public park somewhere far away from me. 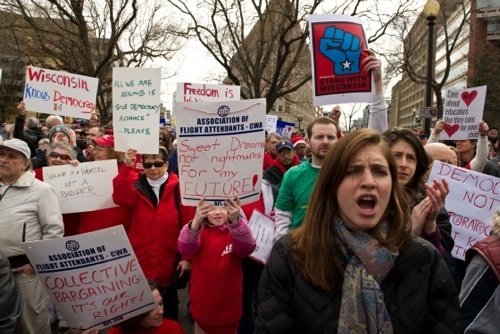 Hobo Radio 573 - As much as I understand this story which is, to be clear, very little (ft. Andy McI...
Murphy's Law - First they came for the iPhones
Hobo Radio 286 - The curse of the free Frosty
Murphy's Law - Google must be stopped
Hobo Radio 153 - Whatever happened to Jeeves?
Murphy's Law - Let's give them something to Google about
Comments(7)