In hindsight, we should have seen the signs.

It’s amazing what we were willing to believe in the name of convenience. We told ourselves that they needed the drones to get us our merchandise faster. And that the Echo was there to give us hands-free access to information and online shopping. They would never use Echo to listen to our private conversation. Why would they?

It wasn’t until Amazon merged with Google that we realized just how screwed we were. Once we found out that Google’s barges had been analyzing our search data, browser history and email archives to look for weaknesses and that the dirigible hangar was used to store the drones … and the death ray … it was too late.

It started slowly. In the beginning of the takeover, people would simply disappear. Uncle Jim mentioned in front of the Echo that he was bit torrenting the previous night’s American Horror Story and the next day he never came home from the store. Linda, the sweet lady next door who always made the most delicious brownies for us for Christmas, used Siri in front of the Echo and that Christmas we found ourselves brownie-less.

It didn’t take long before the smallest infraction could get you vanished. Forget to update your credit card information on file? Gone. Decline the upgrade to Amazon Prime? Gone. Use Waze instead of Google Maps? Gone.

By the time people got the courage to rise up, the war was already over. They sent out a wave of drones and self-driving cars to take out the mob on the street. Then they leveled Poughkeepsie with their death ray just to let us know they meant business.

The government was the next to fall. Google Amazon came in offering to take over the national debt and little by little seized more and more control. Other nations followed. China was the last holdout since they made a majority of the merchandise Amazon was selling and they had long ago blocked their citizens from using Google. But eventually, they crumbled too.

Living off the grid became a pipe dream. The grid was everywhere. There was facial recognition software in every corner street camera. Every credit card swipe or phone call gave your location away. (And paper currency was long gone by this point, so you needed a credit card in order to survive.)

Our house was no longer safe under the watchful eye of the Echo. The day one of the drones collapsed our neighbor Sam’s house using boxes of unsold copies of Lena Dunham’s memoir, we knew we’d have to flee to survive.

Under the cover of night, my wife, my two kids and I snuck out with nothing but a backpack full of clothes and supplies. We stayed off the main roads as best we could, hiding in what was left of the woods.

Eventually we stumbled across the remains of an old, abandoned Best Buy. We figured it was our best hope for a new dwelling. No one would dare look for us here. Climbing through a broken window in the back, I unlocked the door and my family cautiously made our way inside.

There we found other families who had made the same decision. We formed a little community. It wasn’t much, but it was the safest and happiest we had felt in months.

The kids adapted the quickest. Within a few days, they stopped askking where their tablets were. In a week, they never mentioned watching Frozen on Amazon Prime again. A month into living there, they’d gone completely native.

Martha and I struggled a bit harder. Two years later and I still find myself getting phantom vibrations in the pocket that used to hold my cell phone. My eyes took a long time to adjust to reading actual paper instead of a Kindle. And having to look for answers instead of simply asking the Echo was hardest of all.

But we forged on and built a life. A simple life, but a free one nonetheless. Though some nights, as I close my eyes and drift off to a restless sleep, I find myself hoping that when I wake up, it’ll be in my well-furnished home with a Kindle full of movies and a living room full of unopened packages. 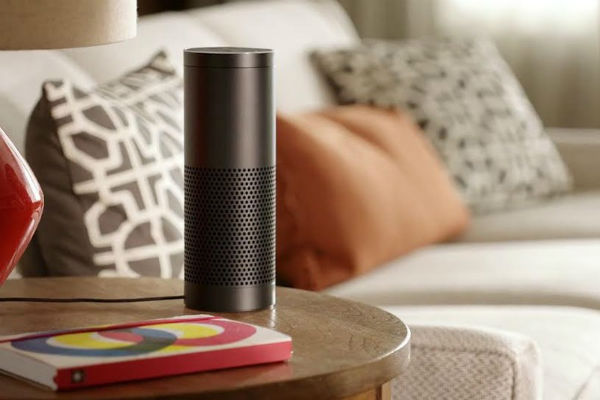