Sometimes I come up with an idea for something I’d like to see in entertainment. And when I get these vague, half-formed notions, I write them down for future use and then forget about them entirely. Or, when I’ve got nothing remotely interesting to talk about, I use them for column ideas. And this … is one of those weeks.

The Grey: The Viewer’s Cut

Last week, I sat down and watched Liam Neeson in The Grey. It was a real disappointment. The movie was advertised as a B man vs. nature thriller with Liam Neeson punching wolves to death with liquor bottles and a knife taped to his hands. That is literally the last shot of the movie. Instead it’s an overlong, unsubtle, introspective character study about plane crash survivors that seems to think it’s Solaris in Alaska. Clearly, the movie needs more wolves.

So I say it’s time for the Viewer’s Cut of The Grey. In this version, wolves board Liam Neeson’s plane and purposely crash it, parachuting to safety before it lands. As the Alpha Wolf explains (with the voice of Gerard Butler), it is time for this season’s Hunt, and they’ve decided to stalk Liam Neeson because he kills so many wolves for the oil company. This is their revenge.

From now on, every time Neeson and his men think they’re safe, wolves will slip silently out of the bushes with knives or scramble down from a tree with a noose made of pine, harassing and harrying the men like the Viet Cong, picking them off one by one as the Hunt continues. The wolves get more and more sophisticated in their weaponry, too. They fire Uzis wildly to herd the men towards death traps, and at one point we’re going to see a wolf riding a much larger wolf which shoots tiny little wolves out of its mouth. No more boring scenes where the men talk about their daughters or their first names to make you feel sorry for them when they die (thus making their deaths predictable); any time they start to talk, there’s a wolf attack. Eventually, the last two survivors, Liam Neeson and Dallas Roberts, are attacked by two wolves in a biplane (which is itself a giant wolf with wings that shoots fire out of its eyes), and driven straight onto the killing floor.

Here’s the shocking twist: Dallas Roberts was working with the wolves the whole time! They have his wife as a hostage and forced him to help drag Liam Neeson into the Hunt. Roberts pays for his betrayal of his fellow humans when, at this moment, a baby wolf bursts out of his chest and begins immediately feeding on him. And then Liam Neeson tapes liquor bottles and a knife to his hands and fights the Alpha himself. Spoiler alert: Neeson loses.

Stupid? Yes. But at least it’s not boring as hell.

As much as I enjoy watching Gordon Ramsay sling swears and insults at people who are just as arrogant as he is but don’t have the talent to match the attitude, I figure America’s going to get tired of it eventually. So when there are no more chefs, home cooks, hoteliers and people limping through their shattered dreams of restaurant ownership, who will Gordon Ramsay yell at next?

The obvious, ridiculous answer? Kids! And not just any kid: his own son.

This sitcom takes place after Gordon has lost his fame, and now he desperately wants it back. But because of some British tax hoo-har, he’s forced to move in with his son. (I picture someone along the lines of Rupert Grint, because he’s young, British, and probably not doing anything.) Who’s the real man of the house? Is it Gordon, arrogant and angry and out to reclaim his career? Or is it his son Colin, who is trying to stand on his own as a man without his shouty father being all shouty at him?

There’s going to be a very crowd-pleasing scene in the first episode where Gordon tries to thank Colin for letting him move in by cooking “The. MOST. STUNNING. Crab risotto,” only to have Colin come back with a pained “Fuck me. Dear, oh dear. Dad, did you taste this? It’s RAW! That’s a beautiful $17 crab, and you’ve cocked it up. Would you actually serve this to someone in one of your restaurants? Take it back, you donkey!”

The sixth season of True Blood

Alright, look, this season is just going nowhere. There are so many characters and plot threads that none of them gets a decent amount of time to grow. Does anyone care about the Authority? Or the looming vampire civil war? Or fairies at all? Me neither. But there are two things I do like so far this season. First, Tara as a vampire, because it’s the first thing that’s ever made her interesting. And second: the appearance of Mac.

Tina Majorino, my fellow fanatics will remember, once played tech-head high school student Mac on Veronica Mars. Majorino has appeared twice so far on this season of True Blood as a tech-head and played her exactly the same way she played Mac. I don’t even know the character’s name, because to me she’s Mac. As a vampire. Vampire Mac.

So my idea for a show I would much rather watch is this: vampire IT girls. We let all the vampires and supernatural characters and idiots kill each other, and then we refocus the show as being sort of like Lena Dunham’s Girls but with vampires. Mac, Tara and Jessica go into business as IT consultants, sort of an undead version of Geek Squad. And they have the everyday problems of being a vampire — only being able to work at night, feeding … um … relationships? — and the everyday problems of starting up their own business in a recovering economy. This is a show so much more enjoyable than the foot-dragging soap opera we’re getting now. I would watch the hell out of this show week after week. The big centerpiece of the season is when the girls all go to Comic-Con International because they want to meet special guest star Chris Hemsworth.

So if anyone wants to get some or all of these projects off the ground, you will have all of the support it is in my power to give as an unemployed teacher with no savings who spends too much time online. 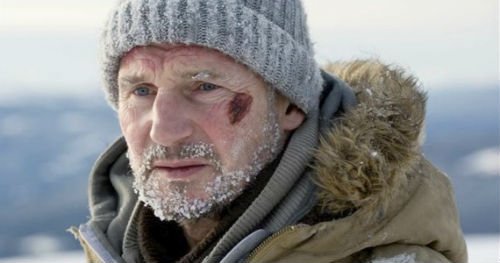