In the music industry, you’ll often hear about the “sophomore slump.” Bands end up hitting it big with an album, then find themselves struggling to replicate that success the second time around. Veer too far from what worked the first time and you risk alienating your new fans. Stick too close to that formula and you just end up with a boring copy of the original album.

Taken ended up being a sleeper hit in 2009, making $145 million in the United States and giving Liam Neeson offers for a slew of new action films (with copious amounts of wolf-punching). It was inevitable that we would get a follow up. Unfortunately, it too is a victim of the sophomore slump.

To the film’s credit, it doesn’t simply rehash the plot of the first film. It would have been easy enough to have Kim (Maggie Grace) get kidnapped once again and her killing-machine father Bryan (Liam Neeson) spring into action to save her. Instead, Bryan attempts to reconnect with his ex-wife Lenore (Famke Janssen) and Kim in Istanbul and this time its the parents who get kidnapped and Kim who must help save them.

The film’s cleverest moment is a twist on the memorable phone call from the first movie, in which Bryan told his daughter she was going to be taken. This time around, its Bryan telling Kim that he and Lenore are the ones who will be taken and giving her instructions on what do do next.

Unfortunately, the rest of the film isn’t very clever. That’s the movie’s biggest problem – it’s lazy and one-dimensional. The action scenes all work well enough, but the surrounding plot is as cookie-cutter and bland as possible.

The characters have all been reduced to clichés. I won’t pretend that the first Taken was Shakespeare or anything, but this time around these characters don’t even feel like real people. Neeson’s character is an amalgam of every tired tough guy dad trope you’ve seen before – he gets agitated when his family is even one minute off schedule, hates Kim’s boyfriend and is uptight while teaching her to drive.

(Yes, in what might be the single most unrealistic element of the film, we are expected to believe that 29-year-old Maggie Grace is young enough to be studying for her driving test. Even by Hollywood age standards, that’s pushing it.) 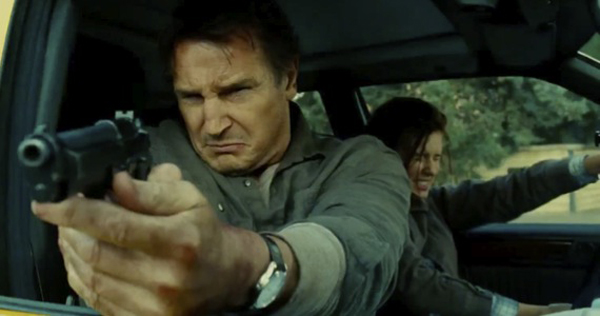 The film doesn’t even try to inject anything original into the dialogue. Most of Bryan’s interactions with the bad guys feel like copies of things said in the first one. Kim’s chat with him attempting to get him back together with Lenore has her saying that her mom described their love as “magical,” then spouting off a bunch of other generic bits of dialogue about love without adding any person details to make the exchange unique. Worst of all, there’s an incredibly sitcom-esque moment early in the film where Bryan is grilling steaks with a bunch of other guys, who are quizzing him about reconnecting with his ex. (Not only does this exchange come out of nowhere and feel like it was lifted word for word from a bad sitcom, but it doesn’t really mesh with Neeson’s character, who doesn’t seem like the kind of guy who would have casual barbecues with the guys.)

The film’s best addition by far is Rade Serbedzija, who plays Murad Krasniqi, the father of the villain from the first Taken. Serbedzija has made a career playing these types of villains and for good reason. Simply having him in the role adds a gravitas and a level of intrigue to what would otherwise be a bland bad guy.

Watching him lounge around in a ratty chair in an abandoned building or telling Bryan all of the ways he’s going to make him and Lenore suffer is really entertaining. The opening scene in the film is him and his men burying all of the guys Bryan killed in the first film and Krasniqi vowing revenge on the man who did it. It’s easily one of the most entertaining moments of the film and it sets a bar that sadly the rest of the film is unable to reach.

Still, it’s not a bad film or an unwatchable one. It’s just a very uninspired movie. If you are looking for some mindless action or if you enjoy watching Neeson kick ass, then Taken 2 will scratch that itch. It’s just important to adjust your expectations and to not go in expecting it to match the quality of the original. Perhaps though, like a lot of bands out there, this team will get it right when the inevitable third film comes around. 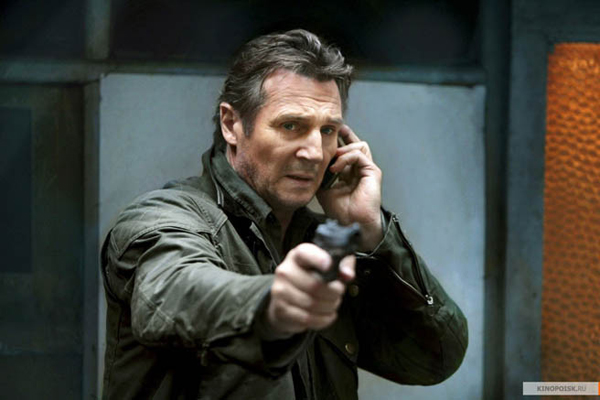