Curt Schilling sat down at his computer, eager to share the good news with his Twitter followers about his daughter settling on a college: “@gehrig83: Congrats to Gabby Schilling who will pitch for the Salve Regina Seahawks next year!!”

He forgot about the tweet almost as quickly as he sent it. Before long, he was on Reddit, sucked down a rabbit hole of Internet chatter about escaped llamas and the color of an ugly dress.

A few hours later, he checked back on his Twitter, surprised by the sheer number of responses his last post had received. Most of them were congratulatory or jokey. A few Yankees fans taking cheap shots. A few amateur jokesters doing some light ribbing about his career. He smiled at the schtick.

But then, the responses began to take a turn. Rape jokes. Threats of violence against his daughter. He felt the rage boiling up inside of him. He composed himself enough to post a response. It took four tweets to get it all out:

@gehrig83: a very particular set of skills, skills I have acquired over a very long career. Skills that make me a nightmare for people like you. If you (2/4)

Phil Lieberman checked his Twitter account before heading off to work. He smiled as he read Curt Schilling’s series of tweets, pleased that he had clearly gotten a rise out of the celebrity with his shots at Schilling’s daughter.

This was going to be great fodder for Lieberman’s show. After months of being fifth in the ratings, he was confident that a Twitter war with a notable baseball player would boost the numbers for his “Sports Sage” morning show.

As Lieberman rolled into the station with his daily Starbucks coffee and cinnamon muffin, his producer Jim stopped him in the hall. Jim looked concerned.

“Rickman wants to see you in his office right away. He sounds pissed,” Jim said.

“Someone must have told him about the mustard cannon stunt,” Lieberman responded.

He headed to the program director’s office. Rickman’s secretary, Sandy, told him to head straight in, but he could see someone else was already in the office as he headed back there. He could only see the back of the man’s head though, so he wasn’t sure who it was.

Both Rickman and the man stood as Lieberman entered. “Phil,” Rickman said, “I believe you know Mr. Schilling.”

The meeting lasted less than five minutes. Security followed Lieberman to the studio to watch him pack up his stuff and exit the building. He was sternly asked to never return.

“This party is going to be sick,” Ron said.

“You’re god damn right it is. This’ll be what finally puts Beta Kappa Epsilon on the map,” said Jim.

But as the two approached the front door of their frat house, they saw strips of yellow caution tape barricading it and a note from the dean. The note informed them that, after reading their tweets directed at Curt Schilling’s daughter, the school was revoking their housing and suspending their fraternity for violating the school’s code of conduct.

Jim sat down on the front stoop, let out a big sigh and cracked open a Natural Light.

“When are you coming home, Curt?”

“Soon, Shonda. I’ve taken care of everyone on the list except for one man … @FartMaker69 … a.k.a. Leonard Bukowski. He has no job, no clubs or allegiances and he lives with his aunt rent-free. He’s bulletproof.”

“His life sounds like punishment enough. Come on, Curt. You’ve done so much for Gabby. You made a statement. Just come back home. Put this behind you.”

There was a long pause before Shona continued. “How much does he love his aunt?” she asked.

“They are really close. She raised him. They mean the world to each other. That’s why I can’t just plead with her to discipline him. She’ll be overprotective.”

“No, Curt. That’s not why I was asking. I had another tactic in mind …”

“Hey Aunt Marie, I’m home,” Leonard shouted, but there was no response. That’s odd, he thought. Her car was in the driveway. And, for some reason, a black rental car.

Leonard set his bucket of chicken down on the kitchen counter and headed up the stairs to track her down. Aunt Marie’s bedroom door was closed, which was odd. She never closed her door.

He heard her shuffling around behind the door. “One minute, dear.” She sounded out of breath.

After a few agonizingly-long seconds, Marie cracked open the door. She was wrapped in her bed sheet. Her hair was disheveled.

Leonard saw a man walk up behind her. He was wearing nothing but a pair of red satin boxer briefs. His body glistened with sweat. He slid his left arm around Marie’s waist and gave her a kiss on the neck. Marie let out a playful giggle. 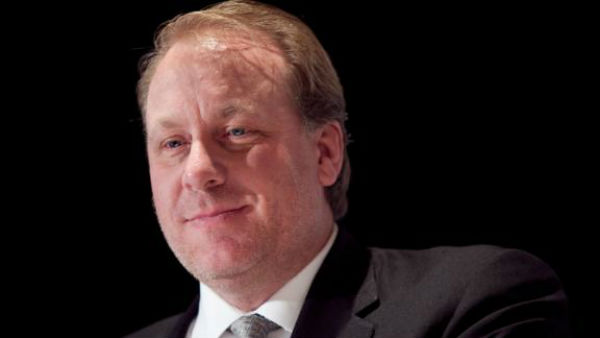