While James Bond certainly has his share of dicey situations to navigate in Skyfall, it’s actually director Sam Mendes who has the most difficult mission of all.

Mendes’ Bond movie will be under a lot of scrutiny for a number of reasons beyond his control. For one thing, it’s a film franchise with 50 years of history, so you are always competing with the past. But beyond that, while Casino Royale was a fantastic film, things have been strained for Daniel Craig’s version of the franchise ever since. Quatum of Solace, which was made during the writers’ strike, was utterly underwhelming. After that, MGM’s financial woes delayed the production of Skyfall, further complicating things.

Fans are hungry for a new James Bond film, provided it’s the right James Bond film. What’s so impressive about Skyfall is the way Mendes is able to expertly handle these fan expectations. He somehow manages to bridge the gap between the gritty, more realistic world created in Casino Royale and more traditional funny, grander scale Bond films fans are used to.

There are plenty of nods to the franchise’s lengthy history, including a cameo by a very familiar classic car (which, let’s face it, in the Bond universe is akin to having a cameo by a notable actor from a previous film). Also, Javier Bardem’s character Silva feels more like a vintage Bond villain, with Bardem’s over-the-top and slightly comical performance.

While he introduces a noticeably lighter tone, complete with Bond zingers, Mendes still is able to keep the film grounded. The main way he does this is by keeping the film incredibly low tech. The only toys the new Q (Ben Whishaw) provides 007 with are a small radio wave tracker and a PPK pistol that will only fire if Bond is the one holding it.

Similarly, the action scenes are a blend of the grandeur of old and a gritty, more grounded modern approach. The first major action sequence is a lavish chase scene that includes a motorcycle pursuit and a battle on top of a moving train. But, the climactic battle takes place in a barren field in the middle of Scotland. The other action scenes fall somewhere in between these two extremes.

Mendes further helps ground the film and gives it a grittier edge by making many of the set pieces you see dilapidated and crumbling. Like many Bond villains, Silva has his own secret island, but his island features ruined buildings, looking post-Apocalyptic. Throughout the film, there are plenty of other crumbling buildings and rundown set pieces. 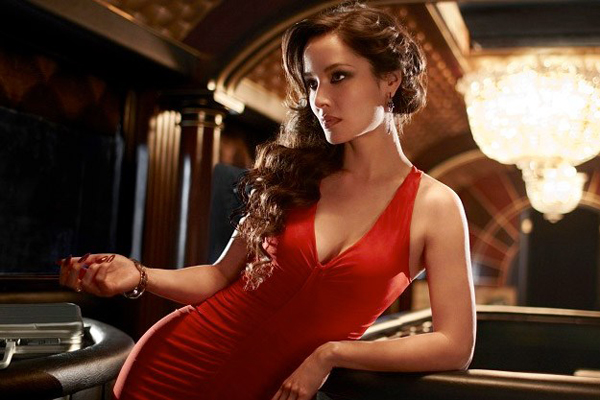 In the opening train sequence, M (Judi Dench) is forced to make a difficult judgment call. Bond is battling a villain on top of the moving train, attempting to recover a stolen file containing the names and locations of every undercover agent working for MI6. As the train is about to enter a tunnel, a sniper named Eve (Naomie Harris) has a shot at the bad guy, but Bond is in the way and the shot isn’t clean. M tells her to take it anyway – in the interest of national security – and she accidentally hits Bond, sending him plummeting into the water below.

Presumed dead, Bond spends some time recouping on an island (and, as has been much publicized, drinking a Heineken instead of his trademark martini). He decides to resurface three months later to help take on the ever-increasing threat that is Silva.

The action sequences are all top notch and, even with a two and a half hour running time, the film never drags. The only major flaw with the film is the number of shortcuts they take in the writing. Without giving away anything major, I’ll just say that Silva’s master plan needs a surprising number of things to work out exactly as they did for it to succeed. A number of these factors are completely outside of his control.

Also, the film doesn’t even try to bother to explain how Bond survived getting shot and falling into the water. Instead, as soon as he hits the water, it cuts to the opening sequence. It’s a smart move, since it’s one of the best opening sequences in recent Bond history (in large part thanks to a great theme song by Adele), but it still feels like a cop out. Even one line of dialogue offering some explanation would have been appreciated.

Still, even with script shortcuts aside, this is a very satisfying Bond film. Mendes has a difficult challenge in straddling the line between the more lavish and funny Bond films of the past and the more recent gritty Craig films, but somehow, improbably, like 007 himself, he pulls it off with style. 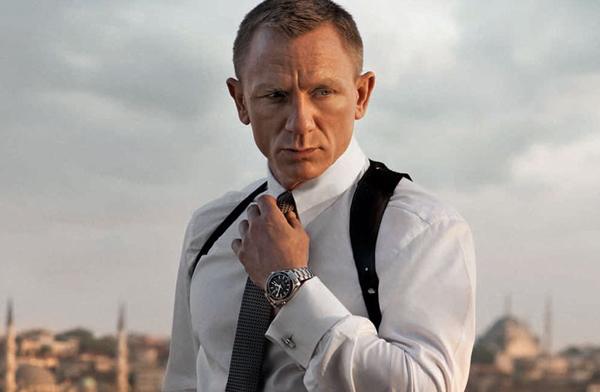