Canceled. Again. Comedy Central has chosen not to renew Futurama for another season. We do have some new episodes on the horizon though! Starting Wednesday, June 19th, tune in to get your last bits of enjoyment out of the show that makes us want to be cryogenically frozen for the next 1,000 years.

This is all such a shame, because I had SO many recipes I wanted to make for you guys! Bachelor Chow! Toilet Nachos! Soylent EVERYTHING! But in an effort to chill the fuck out, I’ve narrowed it down to my two favorites: Beer Battered Popplers with Space Honey Mustard and a Harvey Slurmbanger.

But bet your shiny metal ass, if they come back to do more movies or another season, I’m going to be making Chicken Nibblers and Phillip J. French Fries. Oh! Or Bender’s Tender Carnitas and Margaritas for Bender’s Senoritas! Please don’t go, Futurama! You are too lush with food-related puns and references!

So whip up a batch of Popplers (don’t worry, these are Omicronian-safe Popplers) and guzzle down some dranks that would put Slurms McKenzie over the edge.

Ingredients for the Space Honey Mustard

Prepare your mustard and stick it in the fridge.

Set up your bowls. One bowl with the 1/2 cup of flour. A second bowl with your beer, the rest of the flour and all those spices and crap, mixed up.

Begin dipping your popplers. Dredge it in the flour, dunk it in the wet stuff.

When your oil is hot, drop your popplers in, in batches. You don’t wanna overcrowd the little guys. They should be in there for about 5 minutes. They’ll start to float (aw, sad) and turn golden brown.

Pull them out and let them rest on a plate lined with paper towels. Cook through the rest.

Serve alongside your Space Honey Mustard. Pairs well with a Harvey Slurmbanger. 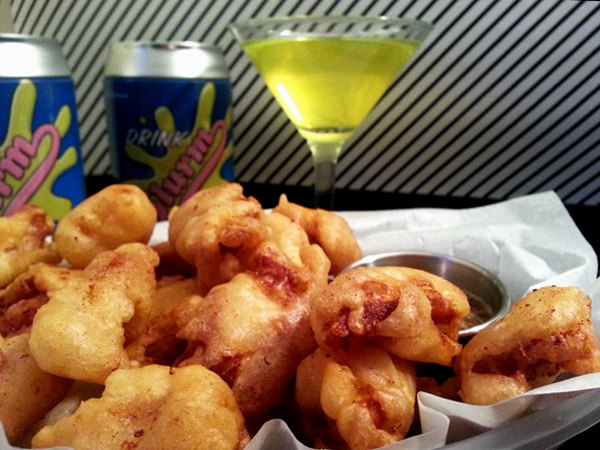 Pour Mountain Dew and Galliano and a shaker with ice. Stir (not shake) and strain into a cocktail glass. Garnish with a gummy worm if desired. (I did not desire this.) 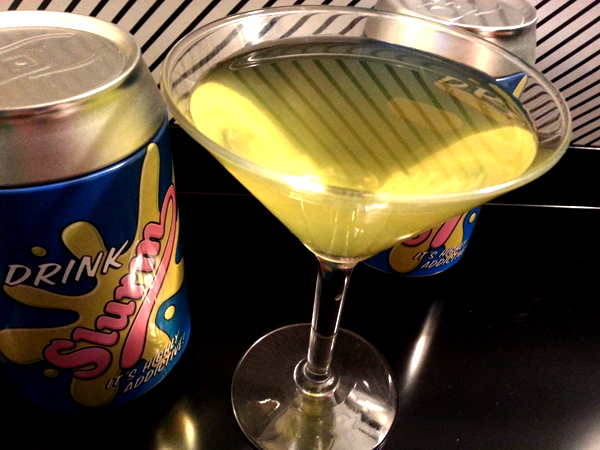