Sicario opens with a horrible discovery.

FBI agent Kate Macer (Emily Blunt) and her team kick down the door of a drug house in Arizona on a kidnapping rescue mission. The house they raid is seemingly empty, but a closer investigation reveals that 42 victims are hidden in the walls. Making matters worse, two agents are killed during the raid.

From there, things get complicated.

This isn’t a whodunit film. Macer and her team are well aware that Mexican drug kingpin Manuel Diaz (Bernardo P. Saracino) is responsible for the killings. It isn’t a story about bringing that man to justice either. A third of the way through the film, they have evidence that can put Diaz behind bars, but don’t because their mission is more complex and far-reaching than that. It’s not an action movie or a revenge film or anything that simple. Instead, Sicario is something far more complex, dealing in moral relativity and “the greater good.”

After that initial raid, Macer is recruited by the mysterious, sandal-clad government agent Matt Graver (Josh Brolin), who is running a special DEA task force that seeks to disrupt Diaz’s operations so severely that he’s called back to Mexico, where he’ll lead them to the true kingpin, Fausto Alarcon (Julio Cesar Cedillo). Part of Graver’s team is the cryptic and unflappable Alejandro (Benicio Del Toro), who Macer is immediately suspicious of since it’s unclear who he’s working for and what his true agenda is.

Macer has been an exceptional agent for the FBI, but her work hasn’t had any real impact on the deadly drug trade. This new interagency task force gives her the chance to make a real difference, but she immediately is uncomfortable with their methods and objectives. But this isn’t a whistle blower movie either. When Macer goes to her supervisor to voice these concerns, he makes it very clear that these decisions are coming from above him, from elected officials looking to keep their people safe and win the war on drugs by any means necessary. 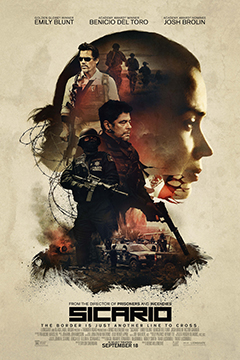 She is kept very much in the dark about what their mission is and what methods are being used to achieve it. And yet, even though she is given multiple chances throughout the film to just walk away (her participation in the interagency task force, after all, is voluntary), she is determined to see the mission through to the end, if only to see where it ends. Perhaps it’s because, as her boss explains in her attempted whistle blowing scene, the FBI has made twice as many arrests in the past year as they have in previous years, but that hasn’t really translated to noticeable results on the ground.

Director Denis Villeneuve clearly loves exploring moral relativity. His previous film, Prisoners, focused on a grieving father who, when his daughter was kidnapped, decided to launch his own investigation into what happened. Both films play with the idea of good and evil and of what the “right” thing to do is. With so many Hollywood films following specific formulas in order to please as many audience members as possible, it’s refreshing to have a director who allows his films to get a little messy.

Villeneuve once again teams with cinematographer Roger Deakins and composer Johann Johannsson, who he worked with on Prisoners. Both do amazing jobs in Sicario. While the entire movie is shot beautifully, I was particularly impressed by one scene where Villeneuve and Deakins used night vision cameras and thermal cameras to differentiate between two teams operating in tandem.

The sound design is equally impressive. Villeneuve loves building tension by lingering in the moments just before something exciting is going to happen, forcing the audience to anxiously await the payoff. There are long stretches that dwell in uncomfortable silences. It’s unnerving. The soundtrack is sparse and haunting, only used at key moments to add a sense of dread to the proceedings.

All of the action is intense and and harrowing. But there was one scene in particular early in the film, involving a prisoner transport through the U.S. border during rush hour traffic, that really captivated me. It was the moment the film officially hooked me. And things never let up from there.

The action is shot as realistically as possible and all of it feels really brutal. I could easily see the violence being overwhelming for squeamish viewers. There is also a particularly upsetting sequence involving Emily Blunt’s character that may be a trigger for women who have been victims of domestic violence.

Sicario is certainly not everyone’s cup of tea. It’s not an easy film to watch, but it is a very rewarding one. Like all good cinema, it gets you asking tough questions and thinking critically. And Benicio Del Toro’s performance is one of the best of his career, which is truly saying something. If you are looking for a film that’s a bit more complex and challenging than the normal summer fare, I highly recommend it. 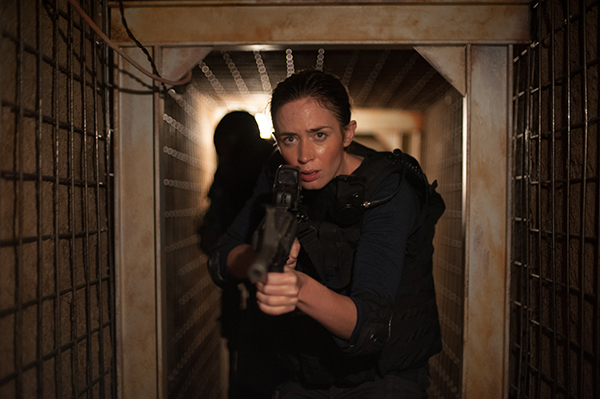