There are some shows that I’ve abandoned. I hate to admit it, but I flake out on television shows once the going gets rough. I call it the Lost Effect. I stuck by Lost until the bitter end and that’s just how it left me – bitter. Once that happened, I never wanted to be duped into loyalty by a series again. I abandoned Heroes, Fringe (I hear that was a mistake), House and even Dexter (I hear that wasn’t a mistake).

You may have heard, they are bringing Heroes back in 2015. It will be called Heroes: Reborn. It will have some of the same old characters coming back (though no one is confirmed) and mostly new characters. So I thought to myself, what would make me really want to watch this? It has potential. If Tim Kring gets his shit together, it could be a fresh start. But the thing that would really sell me is if they all had a theme … you know what I’m getting at? You smell what I’m laying down? You hatching what I’m cooking?! (Forgive me, I’ve never been good at colloquialisms … regardless …)

A cast of SUPERHUMAN FOODIES.

I’m just spitballin’ here, but how about:

Hoshi Nakamura can travel through time, but only to the next meal time. And once she skips dinner, she can’t go back.

Dora Parkman, daughter of Matt and Janice, took after her pops and joined the police force. Her skill comes in handy when she’s interrogating people. She can translate their stomach growls to find out exactly what they had for lunch or exactly what they want for dinner. If that doesn’t solve a case, nothing will.

Micah Sanders returns to the cast, but instead of hitting up ATMs, he’s on a one-man mission to clear out all of the vending machines in the world.

Dani Gray, Sylar’s long lost sister, can tell you all of the ingredients of a dish just by looking at it.

Peter Jäger sees his super power as a curse. Each time he cooks meat he can hear the screams of the animals that were killed for it. Yet it tastes too good to become a vegetarian.

Marie Gordon, Claire Bennett’s biological aunt, didn’t get the same dangerous fire-manipulation powers as her brother and sister, but she does have an uncanny ability to eat hot food without burning her tongue. Unfortunately, Marie hasn’t controlled her power very well and is quite obese. She scarfs down pizza the second it comes to the table.

Cindy Strong, a military wife and school teacher has the ridiculous ability to go to the grocery store on an empty stomach without impulse buying. Watch and see if she uses this power for good or evil.

Dennis D’Angelo might be a depressed cop who hates his family and spends most of his time in bars, but what you wouldn’t realize about him is that he has a super metabolism. Dennis may spend all night in a bar, but he’s sitting there processing alcohol and just waiting to break up your fight and then drive you home safely.

Connie Goldman owns a little bakery in town. One day, she pulls out a cake and swirled in the golden brown crust is an image. An image of the future …

I want to keep going, but I don’t want to take ALL of the good characters. Then Tim Kring will be accused of stealing my ideas.

What about you guys? Have any great character ideas? Leave them in the comments, I’d love to hear them! I’d also be interested in hearing if you guys will be tuning into Heroes: Reborn next year.

I’m going to leave you with my favorite bread recipe of all time, so you can pretend to be like Larry Bennett. It’s a no-knead bread that’s really easy to make. There’s nothing as comforting as a warm loaf of rustic bread right out of your oven. Just take a lesson from Marie Gordon and wait for it to cool a little, okay?

1. Gather your ingredients!
2. A note on the yeast: The original No-Knead Bread recipe specifies instant yeast. You can use pretty much any yeast you have on hand; I have used both Quick-Rise yeast and instant active yeast. Technically these shouldn’t be exchanged for each other (see this post for more info on yeast). But don’t let confusion about yeast stand in the way of making this bread; just use whatever you have got. It will turn out fine.
3. Add your flour to the bowl.
4. Add the yeast and salt and stir thoroughly.
5. Measure out 1 1/2 cups of barely warm (tepid) water.
6. Pour into the bowl and stir thoroughly.
7. The dough will look rough and shaggy.
8. Spray the top of the dough with cooking spray, or, if you do not have cooking spray, lightly oil the top of the dough with olive oil. Spread a thin layer over top with a paper towel, then turn the dough in the bowl so the whole ball of dough is coated with the oil.
9. Cover the bowl with plastic wrap.
10. Throw a towel over top of the bowl and set it in a warm corner. Leave it alone for 6 to 8 hours.
11. After at least 6 hours have passed the dough will have risen and will look rather bubbly and stretched out.
12. Lightly oil the countertop and turn the dough out onto it, folding it over on itself at least once.
13. Cover the dough with plastic wrap and let it sit for another hour.
14. About 20 minutes before the hour is up, turn on the oven to 450°F. Place an oven-safe Dutch oven or pot in the oven.
15. The dough will have risen and nearly doubled in size.
16. Quickly shape the dough into a round ball (see this video for basic instructions) and drop it into the pot. Even if you can’t get it into a good ball, that’s OK. Just try to roughly shape it.
17. Optional: Slash or cut the top of the dough with kitchen shears or a sharp knife.
18. Place the lid on the pot and put it in the oven.
19. Bake for 30 minutes.
20. Remove the lid from the pot.
21. Bake for an additional 15 to 20 minutes.
22. You can be extra-sure that the bread is done when an instant-read thermometer inserted in the top or side reads 210°F.
23. Remove the bread from the oven. If you wish to keep it warm for serving, you can wrap it in a clean kitchen towel.
24. Slice and serve! 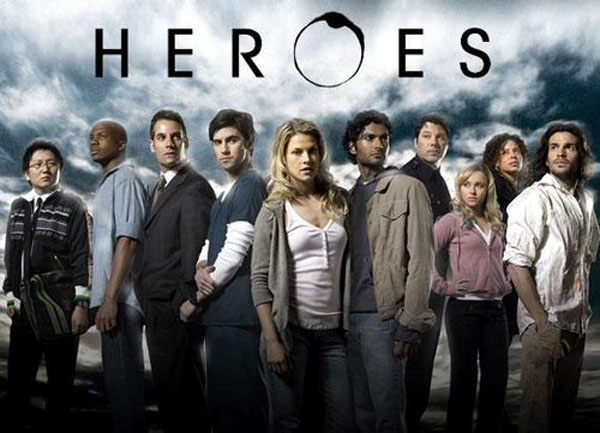