I want to tell you something that is very true and beautifully coincidental.

The first time I had ever heard of South Park, I was waiting for the school bus with my friends.

Isn’t that great? I feel like I won life.

I was waiting for the school bus and my friend Katie (hi, Katie!) told me about this cartoon that was hilarious and later we went to her house and watched it. I don’t remember how later … whether it was that night or later that week. Cuz … 1997.

The beauty of the timing of South Park is that we grew up together. The kind of humor that you got in 1997 was juvenile and a little edgy. Not that it isn’t the same now … but it’s now more political and topical. I sort of grew up with the show and was in full appreciation of it throughout the entire time. There was even a point in 2007 when I marathoned the entire thing and was able to tout (ever-so-briefly) that I had seen every episode. (I have fallen behind.)

I should also note that I’m ridiculously easy going and don’t get offended by anything. So the show has been a good fit. However … there have been a few moments where I’ve cringed. Not many, but a few.

I sat down to compile a list of the most cringe-worthy South Park moments for this column and as it turns out … they were all Randy moments. Randy-fucking-Marsh. God damned, Lorde. (Ya, ya, ya.) He’s the best. And the worst. He’s the best-worst.

So here they are, the five times I had to look away from my TV screen during an episode of South Park. 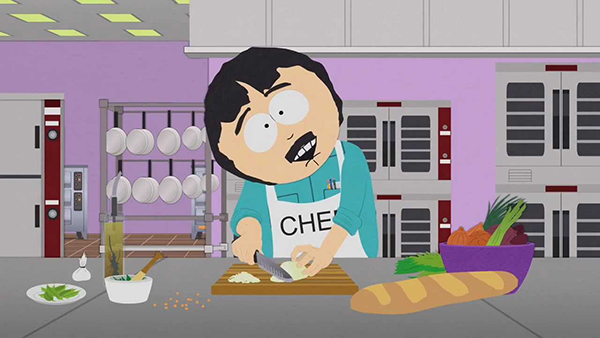 5. When Randy took the biggest shit in the world

(from the episode “More Crap”)

I don’t know what it is about watching a man take a shit, but I’m just not a fan. It’s not an easy birth either. He gets real into it.

4. When Randy drops an N-bomb on Wheel of Fortune

(from the episode “With Apologies to Jesse Jackson”)

It’s the beginning episode and you just know what’s going to happen … with just one letter missing, you know Randy-fucking-Marsh isn’t going to say the word “Naggers.”

3. When Randy gives himself cancer and his balls get so big, he rides them like a hippity hop

(from the episode “Medicinal Fried Chicken”)

This one is so many people’s favorite Randy moment but I just can’t look. I love the catchy song, but the hair … and the wrinkles … oh my god you guys, how do you exist with those things between your legs all the time? I certainly can’t look at them enlarged.

2. When Randy rubs his clit on stage

(from the episode “Rehash”)

So awkward. I don’t know if it’s because you know Shelly is watching or if it’s just because … because … but Randy’s alter ego Lorde bombs on stage and then starts rubbing his “clit” as a way to win the audience back over. Oh my god, I can’t even think about it.

(from the episode “Over Logging”)

Those are all awful, but kind of wonderful because they are what makes the show so ridiculous. But it goes without saying, there are a million other Randy moments that didn’t make me want to die of embarrassment. For one, the Peruvian flute band episode is one of the best. “I’m so startled, Sharon!” (From the episodes “Pandemic”/“Pandemic 2: The Startling.”) Along with a million others.

More importantly though, the episode “Crème Fraiche” is one of my all-time favorites. Randy becomes obsessed with Food Network in a very awkward and sexual way. His favorite ingredient, crème fraiche, becomes a key plot point.

Below, you’ll see a recipe for Randy’s own: A Nice Goat Cheese & Heirloom Tomato Frittata, Topped With A Little Crème Fraiche.

The new season of South Park started last week. I suggest you partake in the Randy-fest and watch it. 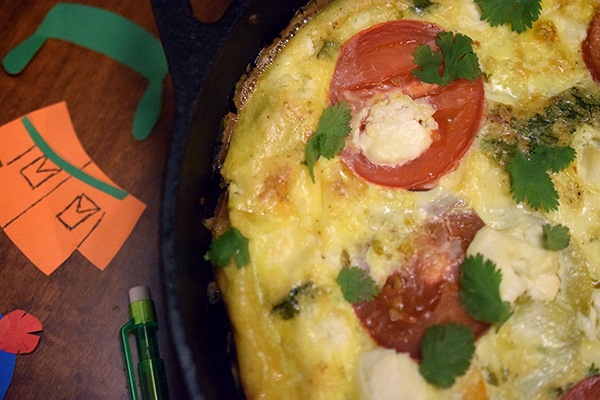 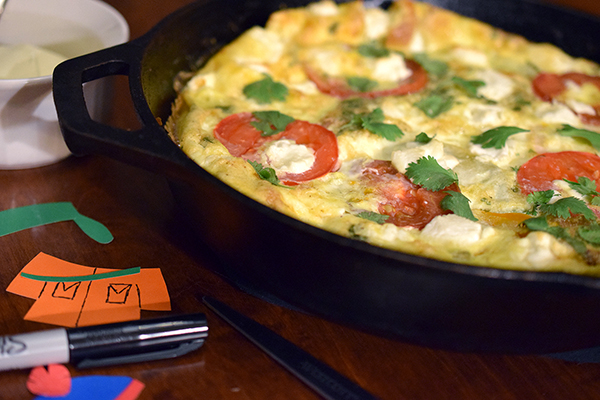